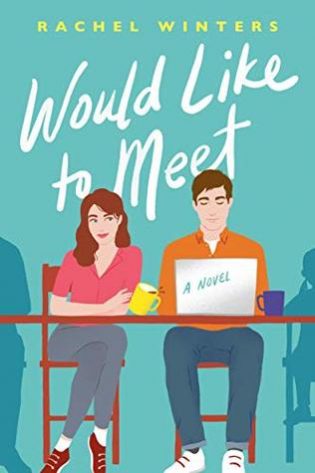 After seven years as an assistant, 29-year-old Evie Summers is ready to finally get the promotion she deserves. But now the TV and film agency she's been running behind the scenes is in trouble, and Evie will lose her job unless she can convince the agency's biggest and most arrogant client, Ezra Chester, to finish writing the script for a Hollywood romantic comedy.

The catch? Ezra is suffering from writer's block--and he'll only put pen to paper if singleton Evie can prove to him that you can fall in love like they do in the movies. With the future of the agency in jeopardy, Evie embarks on a mission to meet a man the way Sally met Harry or Hugh Grant met Julia Roberts.

But in the course of testing out the meet-cute scenes from classic romantic comedies IRL, not only will Evie encounter one humiliating situation after another, but she'll have to confront the romantic past that soured her on love. In a novel as hilarious as it is heartwarming, debut author Rachel Winters proves that sometimes real life is better than the movies--and that the best kind of meet-cutes happen when you least expect them.