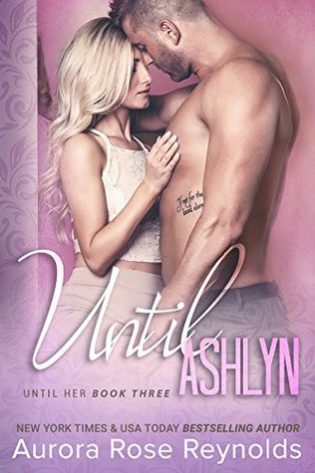 Until Ashlyn
by Aurora Rose Reynolds

Released: December 27th 2016
Series: Until Her #3
Published by Self Published

Dillon Keck knew Ashlyn Mayson was drunk when she suggested they get married. He knew he should have taken her back to their hotel room and put her to bed. Instead, he did what he had been craving to do since the moment they met.

Claim her as his.

Waking up married in Vegas isn't something Ashlyn Mayson ever thought would happen to her. Having Dillon, her boss, a man she thinks is a dick, insist they stay married is absurd, but every time he touches her, she gets lost in him and wonders if maybe they are meant to be together.

But someone isn't happy for Dillon and Ashlyn and their new found romance, and they're willing to do anything to keep them apart. Even commit murder.