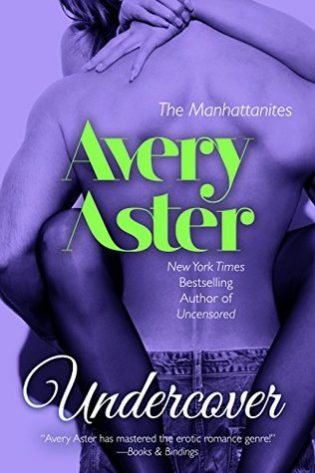 Talk show host Poppy White thought she’d seen it all while working in journalism, but when her boyfriend, Mikhail Chekhov, supposedly dies in a subway explosion and she goes to identify the body, the man on the table at the morgue isn’t as endowed as her lover. Nope. There’s no way that needle dick is his. But if Mikhail isn’t dead, then where is he?

Bisexual, dominant, and rich, Jagger Chabon is Mikhail’s hung, inked up, playboy of a lover on the down low. He knows why Mikhail is on the run and is desperate to find him before the CIA closes in to make their arrest. If only he could get rid of this pesky reporter who keeps sticking her perky breasts in his face. From New York to Russia, Poppy is only two steps behind Jagger, and it’s pissing him off. He thought he was over dating women. That is, of course, until he sleeps with her.

Once Mikhail is tracked down, who will he choose, Poppy or Jagger? Will Jagger be forced to let go of Poppy? Or will Poppy reveal a secret that could change the entire game, one that not even the CIA knows about?