Join our newsletter to be the first to hear our latest news! Learn More
Home / Releases / The Stepsister’s Triumph by Darcie Wilde 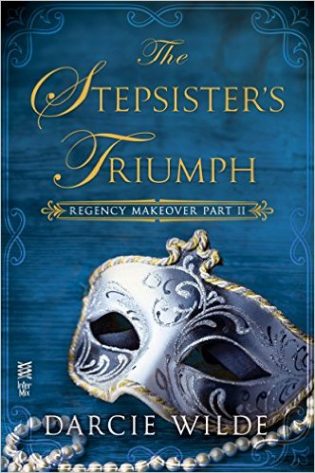 The Stepsister's Triumph
by Darcie Wilde

Madelene Valemeyer has never felt welcome in her father’s house. The daughter of his first wife, she will be one of the richest heiresses in England when she turns twenty-five. But for now, Madelene is just a miserably shy girl, tormented mercilessly by her stepmother and three half-siblings. Nearly unable to function socially, Madelene certainly can’t see that Benedict Pelham, the artistic son of a marquis, is falling in love with her.

Madelene, though, is done being quiet. With the help of her friends and fellow wallflowers, she is preparing to transform from shy mouse to brilliant Miss. But social success has a high price—is Madelene prepared to pay with her heart?