Join our newsletter to be the first to hear our latest news! Learn More
Home / Releases / The Little Library by Kim Fielding 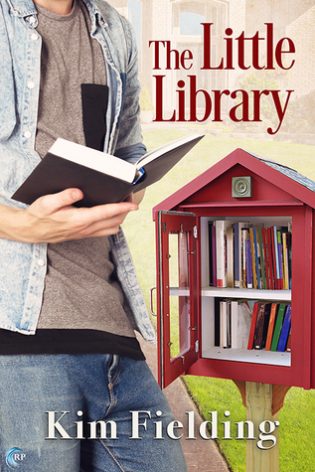 The Little Library
by Kim Fielding

Elliott Thompson was once a historian with a promising academic future, but his involvement in a scandal meant a lost job, public shame, and a ruined love life. He took shelter in his rural California hometown, where he teaches online classes, hoards books, and despairs of his future.

Simon Odisho has lost a job as well—to a bullet that sidelined his career in law enforcement. While his shattered knee recovers, he rethinks his job prospects and searches for the courage to come out to his close-knit but conservative extended family.

In an attempt to manage his overflowing book collection, Elliott builds a miniature neighborhood library in his front yard. The project puts him in touch with his neighbors—for better and worse—and introduces him to handsome, charming Simon. While romance blooms quickly between them, Elliott’s not willing to live in the closet, and his best career prospects might take him far away. His books have plenty to tell him about history, but they give him no clues about a future with Simon.