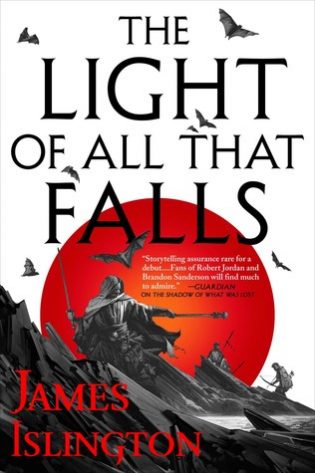 The Light of All That Falls
by James Islington

The Light of All that Falls concludes the epic adventure that began in The Shadow of What Was Lost, the acclaimed fantasy blockbuster from James Islington.

The Boundary is whole once again, but it may be too late.

Banes now stalk Andarra, while in Ilin Illan, the political machinations of a generation come to a head as Wirr's newfound ability forces his family's old enemies into action.

Imprisoned and alone in a strange land, Davian is pitted against the remaining Venerate as they work tirelessly to undo Asha's sacrifice - even as he struggles with what he has learned about the friend he chose to set free.

Finally, Caeden is confronted with the reality of the plan he laid centuries ago - heartbroken at how it began, and devastated by how it must end.