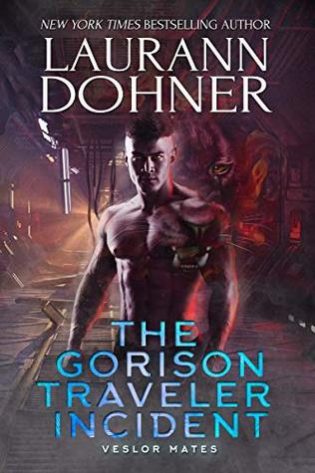 Vivian is a cultural specialist on the United Earth fleet ship Gorison Traveler. It’s the perfect job for someone who wants to learn everything about aliens. The only problem? The commander won’t let her anywhere near the visiting Ke’ters aboard the ship. The only way she gets a peek at the lizard-like race is when her brother opens a live camera feed during a meeting—a meeting that turns tragic when the Ke’ters attack the crew.

She’s horrified. Scared. The Ke’ters are murdering her people. Rushing from her quarters to get help from a control center, Vivian finds the station abandoned. It’s all on her to try to rescue the crew.

Brassi is a Veslor trader who picks up a distress signal from a nearby space vessel. The attractive female who contacts him looks terrified, and needs his help. He’ll board the Gorison Traveler with his crewmates, and fight the Ke’ters, but the longer he spends on the huge Earth vessel, the greater distraction Vivian becomes. Brassi will do whatever it takes to save her…and to discover if Vivian’s his mate.