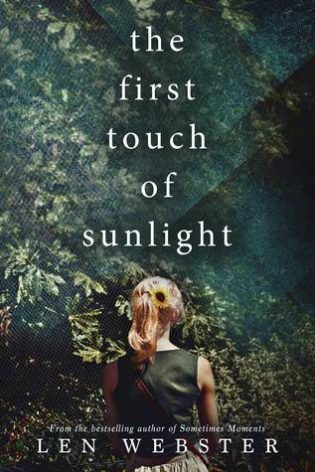 The First Touch of Sunlight
by Len Webster

My Josh. His Beth. Someone else’s Meredith.

Destined to fall apart before their lips have even touched, Samuel Michaels and Meredith Driessen have seven years of almosts between them.

His only saviour …
Meredith.

She saved his life, exposing him to what it could be like to be with her. But that wasn’t Life’s plan. Because deep down, his secrets will destroy their lives and separate them. His secrets will break both their hearts until the day he finds her standing on the edge of the train platform, completely lost.

He did this to her.

And Sam knows that if he doesn’t go to her, he’ll lose her forever.

Will seven years be enough to mend their scars? Or will the secrets they both keep deny them once more?

One thing is certain …

You may never know tomorrow’s sunlight if you’re drowning in yesterday’s storm.