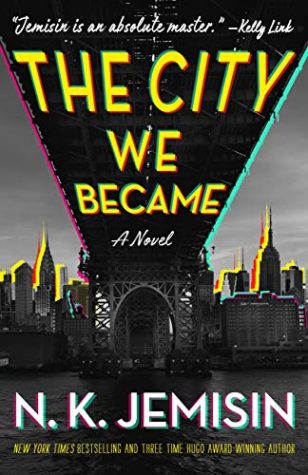 The City We Became
by N.K. Jemisin

Five New Yorkers must come together in order to defend their city from an ancient evil in the first book of a stunning new series by Hugo award-winning and NYT bestselling author N. K. Jemisin.

Every great city has a soul. Some are as ancient as myths, and others are as new and destructive as children. New York City? She's got six.

But every city also has a dark side. A roiling, ancient evil stirs in the halls of power, threatening to destroy the city and her six newborn avatars unless they can come together and stop it once and for all.