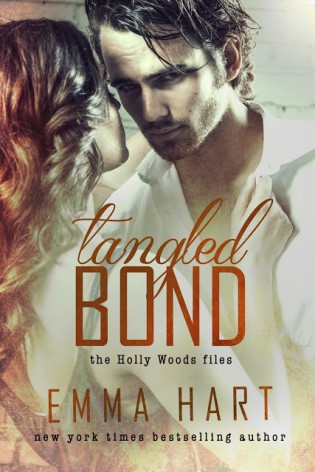 One date with the sexier-than-sin Detective Drake Nash. Simple.

Until you take into account that my brother finally proposed to his girlfriend, so Nonna is on a warpath—and the crazy old bat has Cupid by the balls.

The upcoming mayoral elections has everyone running on full speed, and while I couldn’t give any less craps about the corrupt Holly Woods mayor’s office, a dead body in the middle of a campaign speech has me thrown right into the middle of it. The victim is close to the mayor, but all he cares about is minimizing the damage to his campaign, so he hires me to work alongside Drake to close the case as quickly as possible.

Bad news for our tentative relationship.

We disagree far more than we agree, but being at loggerheads won’t get this murder solved… Or deal with the arrival of someone from his past.
The mysteries behind the murder aren’t the only things unraveling, and despite being knee-deep in lies and corruption and bonds so tangled they’re almost indecipherable, I have to figure out if I’m willing to fight for Drake the way I do justice…
Or if he’ll be my one who gets away.