Join our newsletter to be the first to hear our latest news! Learn More
Home / Releases / Stoned by Layla Frost 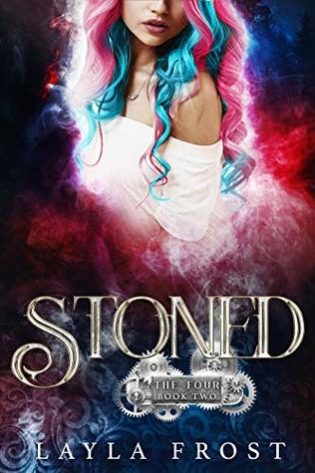 Once upon a time, there lived a witch. A kickass, brilliant, dope as hell witch whose magicks inspired fear and envy. Like all classic fairy tales, her story had the usual goodies.

Fine, it’s me. I’m the all-powerful witch. And, okay, maybe my story isn’t a classic fairy tale. Not unless I missed the part about Little Red delivering comic books and munchies in her basket and Beauty sleeping off two-for-one margarita night. But I do have a soul mate—my very own Charming.

Except he’s no prince. He’s a level-headed, by the book, insanely sexy detective.