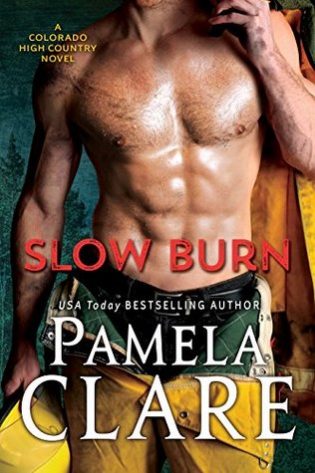 Victoria Woodley is done with men. Fresh off a dating nightmare, she flies from her home in Chicago to Scarlet Springs to take part in her best friend’s wedding. Who picks her up at the airport? Eric Hawke. Of course. She made a fool of herself over him last time she was here. He’s cocky, charming, and sexy as sin. But the fact that she’s attracted to him is all the proof she needs that he’s bad news. She would ignore him if she could. But he’s the best man, and she’s the maid of honor. She can’t just tell him to jump in a lake—especially not when her lips are locked with his.

Eric isn’t looking for a relationship. Between running the firehouse and volunteering for the county’s search and rescue team, he has enough on his plate. He doesn’t need to get tangled up with a woman from the big city, especially one whose idea of roughing it is going without designer coffee. Yet from the moment he looks into Victoria’s big brown eyes, the attraction he feels is too strong to deny. Faster than he can imagine, the spark of desire that has smoldered between them since the first day they met will flare into full-blown passion.

But can Eric convince Victoria to set aside her doubts and trust him with her heart before their time together runs out?