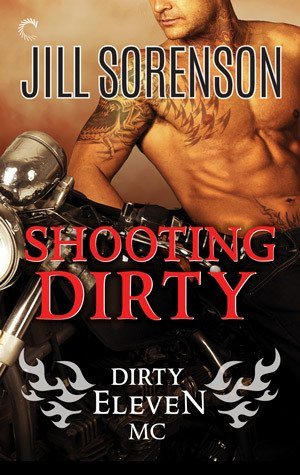 She's his only salvation.

Ace Clemmons has wanted Janelle from the moment he first saw her. Taking her captive while he carried out his last hit as a member of Dirty Eleven nearly broke him. Now that he’s gone straight, he’s back in her life, looking to stake his claim. He can’t erase the past but he’ll do anything to make it up to her.

Janelle Parker needs a new start, far away from the trailer park and the strip club. A down and dirty affair with a tattooed criminal is a step in the wrong direction, but she can’t resist Ace’s deliciously commanding touch, which has haunted her dreams for months. Soon they’re both in too deep, falling hard and fast—until an old feud with a rival motorcycle club explodes into an all-out war. Dirty Eleven's enemies won't hesitate to hurt Janelle to get to Ace. She has to fight to survive… and for the fiercest love she’s ever known.