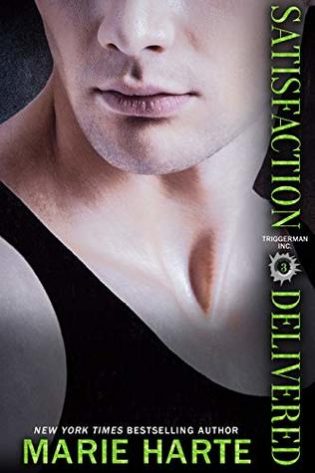 The conclusion to TRIGGERMAN INC, a romantic suspense series about sexy assassins and a baby from New York Times bestseller Marie Harte.

Three assassins and a baby...are up against a cold-blooded murderer.

Hammer won't rest until he finds the woman who betrayed the team, who betrayed him. From the first, he hadn't welcomed his feelings for the supposed nurse. After what she did to the team, he feels both foolish and angry, falling for a pretty face. The need for revenge is all consuming—he’s not known as the Destroyer for nothing. But with so much danger on the horizon, his sexy prey will have to wait.

The conspiracy behind a baby found on his friend's doorstep is narrowing, and answers are coming fast and furious. Assassins have targeted Hammer and the organization he works for, and no one is safe.

To Hammer's shock, at the center of it all is the woman he can’t stop thinking about. But can he trust her when it's more than just his love and life on the line?