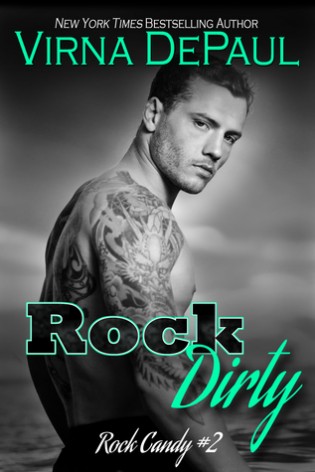 As one of the hottest drummers in the world, Tucker “The F***er” Benning lives life hard. But when his band’s world tour is cancelled, Tucker finds himself stuck in an airport with no destination in mind…until he spots a red-headed knockout hurrying through the airport on her way to Paris, France. She’s classy, sexy, and turns heads. Why not buy a first class ticket and follow her? That’s when the real fun begins.

Dominique “Nikki” Lorens, heiress to her mother’s magazine empire, is headed to Paris, hoping to leave behind her celebutante tabloid reputation and make a new name for herself. She’s amused when the famous Tucker Benning sits next to her and starts flirting—could he BE any more of a rock star? But when he presents a naughty proposal, she figures why not have one last wild experience before settling down?

Once they land in Paris, though, Nikki makes a stand—no more naughty stuff. She has a fresh reputation to build, and being seen with Tucker won’t help. Yet Tucker’s bad boy allure is impossible to resist and so is his softer side, which makes her feel cherished and worthy. Tucker has a decision to make—does he fight for his band, or does he commit to the woman he’s come to care about, a woman who longs for love and stability his rock star lifestyle can’t give?

Tucker’s life has always been about fame, fun, and f***ing around. But now Nikki needs him and he’ll do whatever it takes to win her heart…including fighting dirty. Because love is worth risking everything.