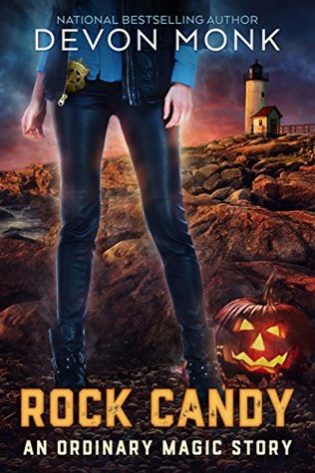 Police officer Jean Reed doesn’t normally mind pulling the graveyard shift in Ordinary Oregon, the sleepy little beach town where gods vacation and monsters reside. But October in Ordinary is anything but normal. One mob of cursed gnomes, one haunted harbor festival, and one chilling visit from Death makes this October stranger than most.

But it's Jean's boyfriend, Hogan, who really has her flustered. With their six month anniversary ticking down to Halloween, she wonders if their time together is anything more than a casual fling. When she discovers Hogan has been keeping secrets, Jean must decide if their relationship has been nothing but a trick or if it’s been the one treat she’s always wished for.

This novella takes place after GODS AND ENDS, but can be read as a stand-alone.