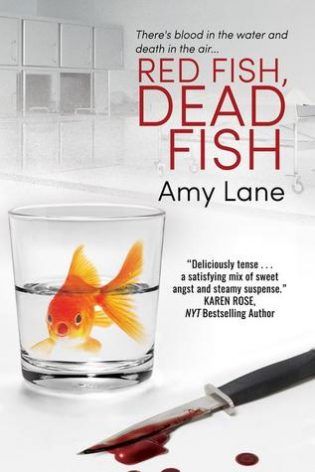 They must work together to stop a psychopath—and save each other.

Two months ago Jackson Rivers got shot while trying to save Ellery Cramer’s life. Not only is Jackson still suffering from his wounds, the triggerman remains at large—and the body count is mounting.

Jackson and Ellery have been trying to track down Tim Owens since Jackson got out of the hospital, but Owens’s time as a member of the department makes the DA reluctant to turn over any stones. When Owens starts going after people Jackson knows, Ellery’s instincts hit red alert. Hurt in a scuffle with drug-dealing squatters and trying damned hard not to grieve for a childhood spent in hell, Jackson is weak and vulnerable when Owens strikes.

Jackson gets away, but the fallout from the encounter might kill him. It’s not doing Ellery any favors either. When a police detective is abducted—and Jackson and Ellery hold the key to finding her—Ellery finds out exactly what he’s made of. He’s not the corporate shark who believes in winning at all costs; he’s the frightened lover trying to keep the man he cares for from self-destructing in his own valor.