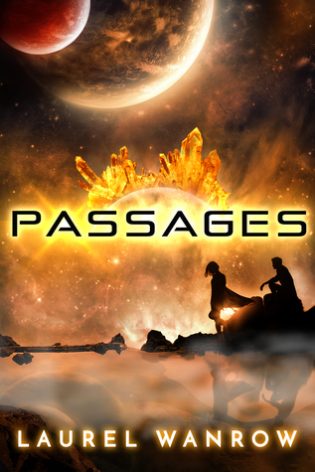 For decades, Eve and her fellow electorgs—part human, part machine—have worked on the quiet planet of Aarde, beating back toxic spores that threaten to poison the native people. When the new commander halts work right before a deadly spore release, Eve frantically plots to protect the villagers she considers friends and family.

On the run after an ambush, Quinn holds a secret that nearly got him killed. If only he knew what it was. Though the attack scrambled his memories, Quinn is sure of one thing—he can’t trust the electorgs. But they know information he desperately needs to puzzle out who wants him dead, and why.

With the fate of life on Aarde in the balance, the logic of joining forces with Eve overrides Quinn’s fears…and erupts into an attraction that could prove fatal for both of them.

Because the planet’s commander might just be Quinn himself.