Join our newsletter to be the first to hear our latest news! Learn More
Home / Releases / One Under by J.L. Merrow 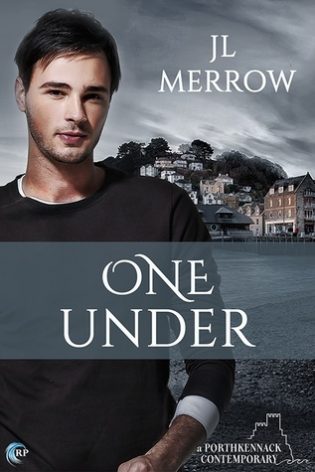 One Under
by J.L. Merrow

London Underground worker Mal Thomas is staying in Porthkennack to recover from a traumatic experience. Getting some more bad news from home is the last straw—until big, blond museum curator Jory Roscarrock steps up to offer some comfort.

A doctor of English Literature, Jory should be in a prestigious post at a top university. But a youthful indiscretion has led him to abandon academia to come back to his home town, Porthkennack, and the controlling family he’s never really felt a part of. He’s delighted to find a kindred spirit in the young Londoner.

But Jory’s family hurt Mal’s best friend deeply, and while Jory’s desperate to repair the damage, his own mistakes threaten to keep them apart. Meanwhile Mal’s torn between his feelings for Jory and his duty to his friend—and his fears that a failed relationship could be more than his shattered confidence can take.