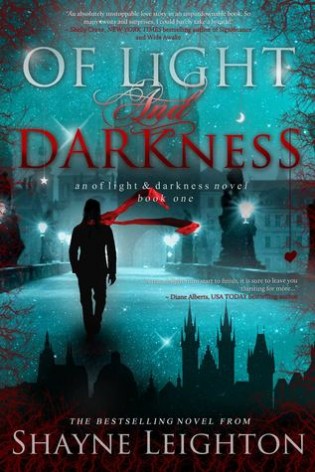 Of Light and Darkness
by Shayne Leighton

Raised by a Vampire in a secret society of Witches, Shifters, and Elves, Charlotte finds that she is the freak in her world of magic and wonder. When she stands before an army of impossible obstacles, the likelihood of survival in this coming-of-age modern fairy tale is slim, resulting in a war between light and darkness.

Charlotte knows no other home than the one nestled deep in the woods of Eastern Europe, where Witches draw spells of enchantment, Shifters throw tea parties, and Elves are the closest in kin.

As genocide and war threatens her life and her home, Charlotte will not allow her one true love to be destroyed. Fighting for her adopted coven of rogue monsters, she will do whatever it takes to save them...and she'll do it before the sun comes up and light takes over forever!