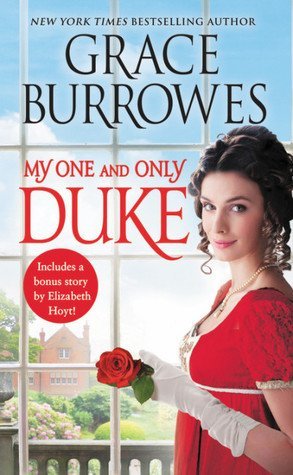 My One and Only Duke
by Grace Burrowes

A funny thing happened on the way to the gallows...
One minute, London banker Quinn Wentworth is facing execution. The next, he's declared the long-lost heir to a dukedom. Quinn has fought his way up from the vilest slums, and now he's ready to use every dirty trick he knows to find the enemy who schemed against him.

There was just one tiny problem...
Jane Winston, the widowed, pregnant daughter of a meddlesome prison preacher, crosses paths with Quinn in jail. Believing his days are numbered, Quinn offers Jane marriage as a way to guarantee her independence and provide for her child. Neither thinks they'll actually have a future together.

They were wrong.
He's a wealthy gutter rat out for vengeance. She's a minister's daughter who must turn a marriage of desperation into a proper ducal union. Are they doomed from the start or destined for a happily-ever-after?