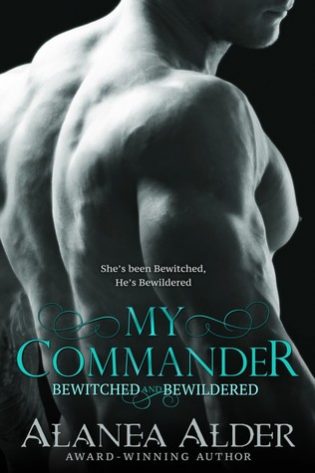 In book one you meet our delicious Alpha Unit leader Aiden McKenzie. When the topic of grandchildren comes up during a weekly sewing circle the matriarchs of the founding families seek out the witch Elder to scry to see if their sons have mates. They are shocked to discover that many of their sons' mates are out in the world and are human!

Fearing that their future human daughters-in-law will end up dead before being claimed and providing them with grandchildren to spoil, they convince their own mates that something must be done. After gathering all of the warriors together in a fake award ceremony the witch Elder casts a spell to pull the men’s mates to them, whether they want it or not.

Aiden is adamant that he doesn’t need a mate and that they would only get in the way, little does he realize Fate is sending him his mate first! He meets his destined mate Meryn Evans and things go downhill from there. In the first twenty four hours she kicks, screams and knocks her bear shifting mate unconscious. They eventually discover that life before finding each other may have been good, but life afterwards is perfect, even if it involves super soaker battles and accidentally discharging hand grenades.