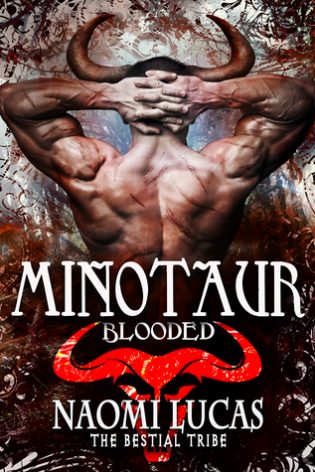 Aldora lived in a border town on the edge of the maze. A labyrinth that spanned an eternity filled with creatures that howled through the night. She was a daughter to farmers that worked the fields and endured a quiet life as a peasant, away from the capital and its nihilistic celebrations; away from all that would look at her and discern her worth. Because to be chosen as a sacrifice was to be chosen to die.
Until one night, while at the edge, she heard a husky voice in the darkness.
Vedikus Bathyr.

He prowled the overgrown passages at the farthest edges where the true, intelligent beasts roamed. They were all there for the same reasons: to kill each other and capture the humans that entered the labyrinth.

On one fated night a human girl called out to him. A girl with a voice that quickened his blood.

But he wasn’t the only one to hear her call...