Join our newsletter to be the first to hear our latest news! Learn More
Home / Releases / How to Howl at the Moon by Eli Easton 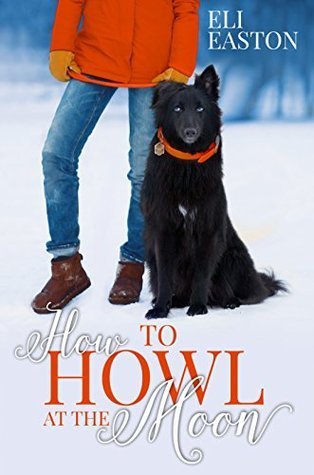 How to Howl at the Moon
by Eli Easton

Sheriff Lance Beaufort is not going to let trouble into his town, no sir. Tucked away in the California mountains, Mad Creek has secrets to keep, like the fact that half the town consists of ‘quickened’—dogs who have gained the ability to become human. Descended on both sides from Border Collies, Lance is as alert a guardian as they come.

Tim Weston is looking for a safe haven. After learning that his boss patented all of Tim’s work on vegetable hybrids in his own name, Tim quit his old job. A client offers him use of her cabin in Mad Creek, and Tim sees a chance for a new start. But the shy gardener has a way of fumbling and sounding like a liar around strangers, particularly gorgeous alpha men like Sheriff Beaufort.

Lance’s hackles are definitely raised by the lanky young stranger. He’s concerned about marijuana growers moving into Mad Creek, and he’s not satisfied with the boy’s story. Lance decides a bit of undercover work is called for. When Tim hits a beautiful black collie with his car and adopts the dog, its love at first sight for both Tim and Lance’s inner dog. Pretending to be a pet is about to get Sheriff Beaufort in very hot water.