Join our newsletter to be the first to hear our latest news! Learn More
Home / Releases / Highland Heat by Jennifer Haymore 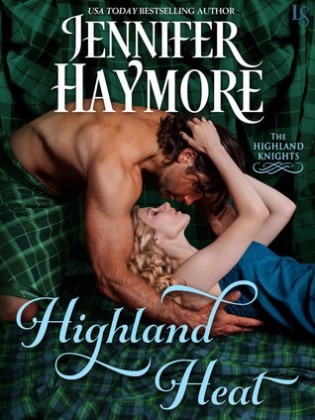 With blood still drying on the front lines at Waterloo, Lady Grace Carrington helps an injured soldier to a British medical tent. Though she believes she’s pulled him to safety, in fact she has put them both in grave danger: Because when his brilliant blue eyes meet hers, the passionate Scottish sergeant kisses her in a way that leaves her breathless and trembling. As the obedient daughter of an earl, Grace shouldn’t be tempted by someone so far below her station. But as a red-blooded woman, she longs for so much more.

As far as Duncan Mackenzie is concerned, getting stabbed in the arm was the best thing that ever happened to him. When he wakes on the battlefield, the sight of Grace’s lovely face sets his soul aflame. As an enlisted man and a farmer’s son, however, pursuing his guardian angel means facing the wrath of London society, not to mention his own superiors in the British Army. Aye, but he’d risk all that and more just to keep her in his arms.