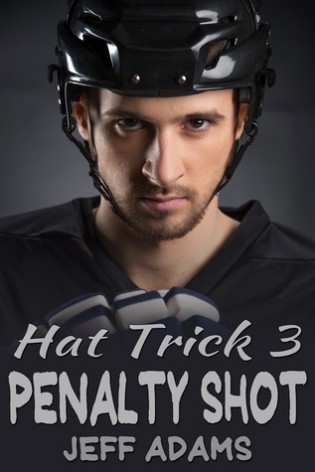 Life has a sneaky way of checking you into the boards.

The relationship that began when Simon Roberts and Alex Miller were in high school is about to cross another milestone as they start their final year at the University of Michigan. It’s been four amazing years of love, friends, and hockey.

When a talented sixteen-year-old goalie is denied placement on a youth league roster, he asks Simon and Alex to coach a team of LGBT youth and allies. With the determination, hard work, and help of an amazing group of friends, they rally the team towards a winning season.

In the final installment of the best-selling Hat Trick trilogy, Simon and Alex find everything they’ve worked so hard for is in jeopardy. When they’re thrown a devastating curve ball, the far-reaching implications put their entire future together on the line.