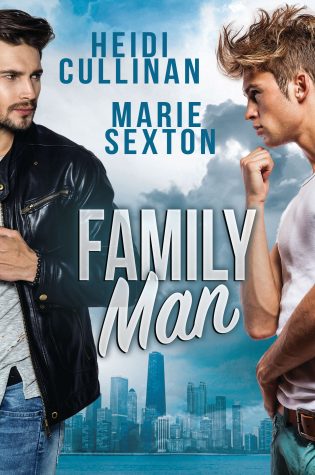 How does a man get to be forty without knowing whether he’s gay? That’s a question Vince Fierro is almost afraid to answer. If he is gay, it’ll be a problem for his big, fat Italian family. Still, after three failed marriages, he can’t help but wonder if he’s been playing for the wrong team.

There’s only one way to settle it, once and for all—head for Chicago’s Boystown bars, far from anyone who knows him. Naturally, he runs smack into someone from the neighborhood.

Between working two jobs, going to school, taking care of his grandmother, and dealing with his mother’s ongoing substance abuse, Trey Giles has little time for fun, let alone dating someone who swears he’s straight. Yet after one night of dancing cheek-to-cheek to the sultry strains of Coltrane, Trey finds himself wanting to help Vinnie figure things out—no promises, and no sex.

It seems like a simple plan, until their “no-sex” night turns into the best date of their lives and forges a connection that complicates everything.