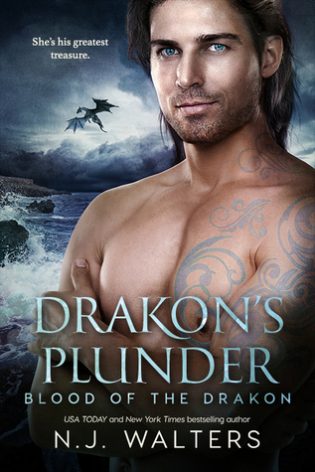 Life is not going well for archaeologist Sam Bellamy. She's stuck in the middle of the ocean on a salvage boat with people who want her dead. It wasn't her gift for being able to sense objects of power that got her here, rather her need to make a secret society called the Knights of the Dragon pay for killing her mentor. Sam doesn't believe in dragons, but the Knights do, and if she can get one of the sacred artifacts they're searching for away from them, she'll consider it payback.

Ezra Easton is content to run his marine salvage company and live alone on his private island. He may be a four-thousand-year-old water drakon, but he's civilized enough to know just because he pulls an injured woman from the ocean, doesn't mean he gets to keep her...

When she wakes up, she has a few tall tales to share, and it seems the Knights are after her. But this drakon won't give up his treasure.