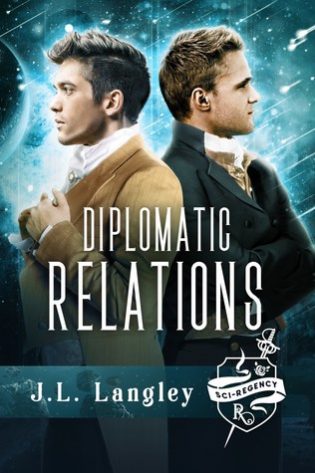 A lusty special forces soldier who lives by his own set of rules, Dalton Fairfax decided long ago to stop wishing for his father’s love, and he found his calling. Now that he’s back home and between assignments, he finds himself at loose ends. When the opportunity arises to play bodyguard and help out his country, Dalton jumps at the chance. Not only does it keep him busy, but it just so happens that his charge is the man he saw on leave last month and hasn’t been able to get out of his head.

Heir to a dukedom and a conservative politician, Blaise Thompson strives to prove himself worthy of carrying on the family legacy as the next IN Councilman. However, his closest competitor keeps getting in the way and taking credit for Blaise’s ideas. Maintaining his stellar reputation isn’t easy to do while keeping his outrageous younger brother in line and foiling his rival’s personal attacks. He has no time for a guard and even less time for romance.

When a priceless antique goes missing, Blaise and Dalton discover that Regelence has larger problems than just IN plots. Now the only way to stop a scandal that threatens both of them is to compromise, and they are forced to confront the risk of losing everything… even each other.