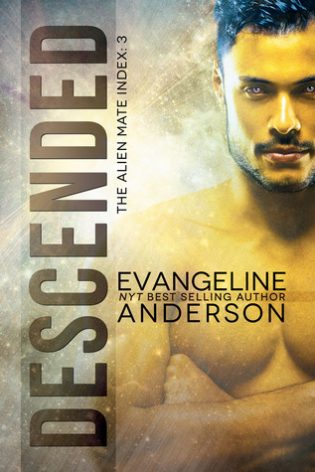 Charlotte Walker is just an intern trying to get through her surgical rotation in one piece when her life takes an abrupt turn for the weird. A seven-foot tall patient with multicolored eyes and golden skin shows up in the ER asking for her. When he tells Charlotte she's supposed to be the Empress of the entire galaxy, she naturally thinks he's high or crazy or both.

Kristoff Verrai is the Captain of the Imperial Guard of the Goddess-Empress of the galaxy. For ten cycles he served his old mistress faithfully. Now that she is dead, his only job is to find and protect her new Incarnation until she can ascend the throne.

He doesn't expect to fall in love with her.

But a relationship between them can never be--the Empress must have a Consort with Royal blood and Kristoff is just a commoner.
Can they fight the love growing between them? Or will it overwhelm them?
If only Charlotte wasn't Descended from the most powerful female in the universe, they might have a chance...