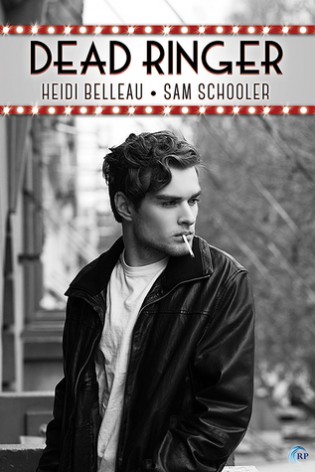 Brandon Ringer has a dead man’s face. His grandfather, silver-screen heartthrob James Ringer, died tragically at twenty-one, and Brandon looks exactly like him. But that’s where the resemblance ends. Brandon is unknown, unemployed, and up to his ears in back taxes after inheriting his grandparents’ Hollywood mansion. He refuses to sell it—it’s his last connection to his grandmother—so to raise the cash he needs, he joins a celebrity look-alike escort agency.

Percy Charles is chronically ill, isolated, and lonely. His only company is his meddlesome caregiver and his collection of James Ringer memorabilia. When he finds “Jim Ringer” on Hollywood Doubles’ website, he books an appointment, hoping to meet someone who shares his passion for his idol.

Brandon? Not that person.

But despite their differences, they connect, and Percy’s fanboy love for James shows Brandon a side of his grandfather he never knew. Soon they want time together off the clock, but Percy is losing his battle for independence, and Brandon feels trapped in James’s long shadow. Their struggle to love each other is the stuff of classic Hollywood. Too bad Brandon knows how those stories end.