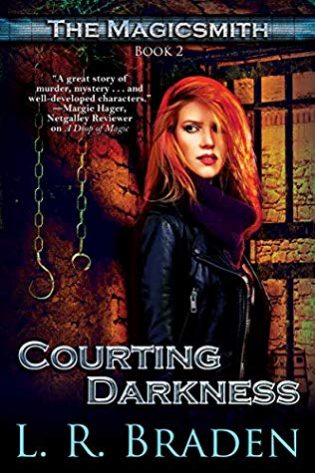 Deeper into the shadows. . .
The paranatural community isn’t done with Alex. She’s been summoned to the fae court, and she's got her hands full trying to prepare. But her date with the fae will have to wait. There’s been a death at the gallery, and the man she hoped would be a part of her future is the prime suspect.

Bitter enemies pull her into the middle of a paranatural war for territory that has her dodging police, swords, teeth, and claws—not to mention the truth. The deeper she digs, the more secrets she uncovers, and the less certain she is about the innocence of the one man she wanted to trust.

She thought she was done with murder and monsters, but she’ll have to enter the belly of the beast if she hopes to save her friend.