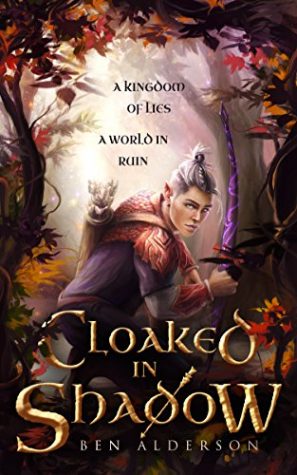 Cloaked in Shadow
by Ben Alderson

For fans of elves, shapeshifters and elemental control.

Zacriah Trovirn is concerned with two things in life: feeding his family and dodging Petrer, the boy who broke his heart.

Heartbreak becomes a distant concern when Zacriah is taken to the Elven capital of Thessolina, where he is forced into King Dalior’s new legion of shapeshifters. But Zacriah isn’t a shapeshifter. In truth, he doesn't know what he is.

Zacriah joins forces with new friends and they soon find themselves embroiled in a clash between the three Elven continents. With war looming on the horizon, Zacriah must learn to use his latent power to fight and protect those he loves before they are destroyed.