Join our newsletter to be the first to hear our latest news! Learn More
Home / Releases / City of Bastards by Andrew Shvarts 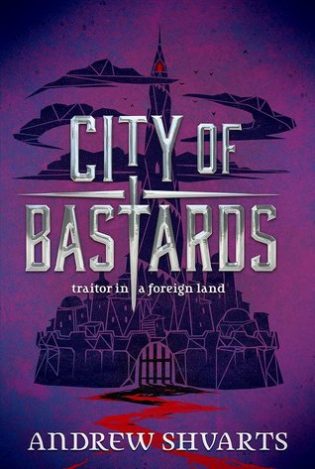 City of Bastards
by Andrew Shvarts

Tilla, bastard of House Kent, has it made. Safe from her murderous father in the dazzling capital of Lightspire, she lives a life of luxury under the protection of the Volaris King, alongside her boyfriend Zell and best friend, Princess Lyriana.

So why isn’t she happy? Maybe it’s the whispers and stares that follow her wherever she goes, as the daughter of the traitor waging war against Lightspire. Or maybe it’s the memories of her beloved brother, Jax, who lies cold in his grave even as she tries to settle into a life in the city's prestigious University.

Then, Tilla stumbles upon the body of a classmate, a friend. The authorities are quick to rule it a suicide and sweep it under the rug, but when Tilla herself is attacked by a mysterious man with terrifying powers, she’s convinced of a conspiracy. Her friends beg her to stay silent; what she's suggesting is impossible... and treasonous.

But Tilla can't, won't, let it go. And the deeper she digs, the more questions she uncovers. How is the West beating the supposedly invincible Lightspire Mages in battle? Is it connected to the shadowy cult wreaking havoc in Lightspire? Nothing is as it seems in the glorious capital, and Tilla’s presence might just be the spark that sets the Kingdom aflame.