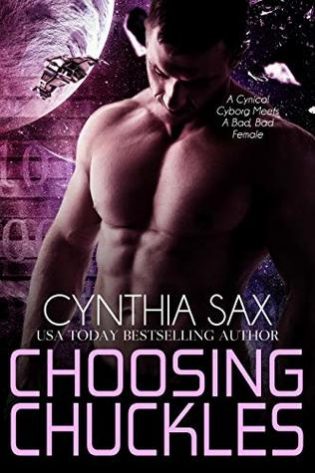 Chuckles hates all humans. In the past, humans betrayed him. That treachery caused permanent damage to his muscular form, resulting in a lifespan of pain.

When the primitive D Model cyborg answers a distress call sent by a pink-and-blue haired, sparkly human female, he knows it’s a trap. He still has to respond to her fake cry for help. She belongs to him, is the one being genetically fabricated for him. But he plans to be her captor, not her captive.

Bettina, aka Bait, works with a team of females, snaring sexual predators in space, seizing their ships and transporting them to primitive planets. As soon as she speaks with Chuckles, she knows he’s not like the others. He has honor, is a being worthy of respect, of caring.