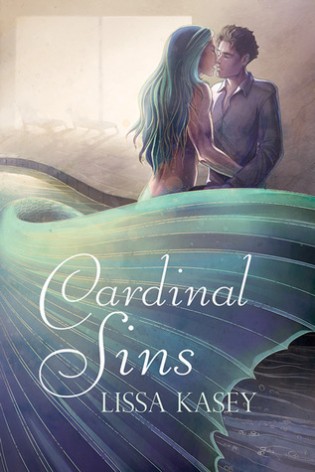 Paris Hansworth, star whore turned senator and the most powerful man in City M, has been hiding his terminal illness for years. Searching for a way to reverse the toxic environment that’s killing him, Paris stumbles upon a lost research facility, and a merman named Rain.

Years alone have made Rain long for companionship, and the beautiful man on the other side of the glass intrigues him. But Rain speaks the wrong language, and is decades out of touch. He isn’t quite sure what to think of the new environment he’s been thrust into.

As a virus spreads through the city targeting City M's most private residents—A-Ms—Paris realizes he’s out of time. He’s willing to sacrifice everything, even his own life, to stop it. But Rain might just be the missing DNA link to explain the mutations created in the last plague, maybe even the cure.

Watching Paris race to save his friends, Rain knows he's found someone special and will do anything to stay by his side. But the past Paris thought he’d escaped is seeking revenge, and he’s forced to adapt yet again, possibly even becoming a monster. He only hopes Rain will still want him.