Join our newsletter to be the first to hear our latest news! Learn More
Home / Releases / Candy Houses by Shiloh Walker 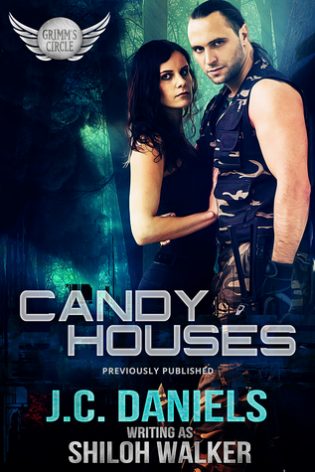 It’s been hundreds of years since Greta’s so-called story came to an end and it didn’t end with a happily ever after then. Why should she expect it to be any different now?

She’s a Grimm—a special kind of guardian angel and official ass-kicker in the paranormal world. Between trying to stay alive, training new Grimm and dealing with demons, romance is hard to come by. Then there’s the fact that there’s only been one man ever who really made her heart race.

And he’s been out of her life for a long, long time…

But now he’s back and just in time.

There’s an unexpected threat to their world, a betrayal none of them saw coming.

Working together is the last thing they want, but it just might be their only chance.