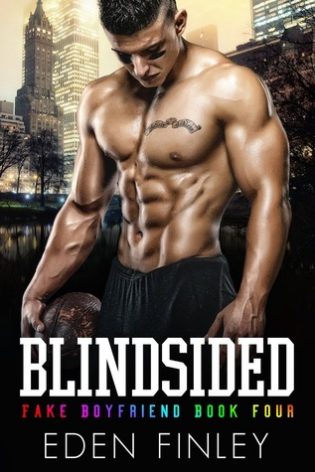 When Talon left to play pro ball six years ago, the hole in my chest confused me. I focused my heartache into making my own NFL dreams come true, and by the time I was drafted, the longing I had for my best friend was buried deep.

Now he wants everything to be like it was in college, but we can’t have threesomes and be reckless like we once were. The media storm would be enough to break both our careers.

That’s not my biggest concern though. The torch I had for him burns brighter after so long apart, and there’s nothing I can do about it. Marcus Talon is straight.

I need to stay away from him.

Years ago, Miller and I made a pact that we’d win a Super Bowl together. When I’m offered a position on his team in Chicago, I don’t hesitate. I move across the country to chase a dream that’s a decade old.

Only, now that I’m here, he’s avoiding me every chance he gets. If he was anyone else, I’d cut my losses.

But this is Shane Miller—the guy who makes everything better just by existing in my universe. The guy I’d do anything for. The guy who’s more to me than a brother, a friend, or even a teammate.

I’m not going to let him get away.

**Blindsided is a full-length MM novel with an HFN/HEA and no cliffhanger. Unlike the other books in the Fake Boyfriend universe, Blindsided does not contain a fake boyfriend trope.**