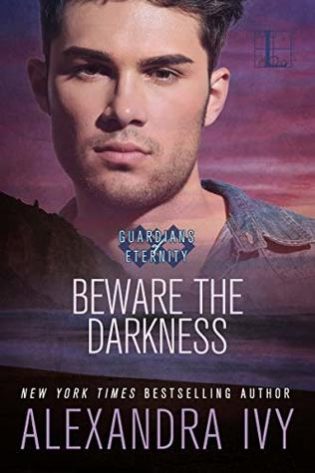 Beware the Darkness
by Alexandra Ivy

The enemy may have changed, but the battle between good and evil burns hotter than ever in this scintillating new installment in Alexandra Ivy’s Guardians of Eternity series.

There is only one thing more precious to vampire Tarak than his newfound freedom after five centuries of captivity, and that’s the promise of revenge. At last, he can destroy Riven, the merman who has drained his power in order to make himself king. But at the very moment when justice is a fang’s breadth away, Tarak’s quest is complicated by the beautiful mermaid princess who kept him sane and fed during his ordeal.

Waverly hoped that once Tarak escaped, he’d return to his own kind and enjoy the rest of his immortal life. She also hoped she might one day stop dreaming about the darkly handsome vampire. Instead, Tarak’s return draws Waverly into an unlikely alliance—and a passion that eclipses all her fantasies.

Hatred for Riven has sustained Tarak this long. But only Waverly’s love can give him the strength to claim eternity with her . . .