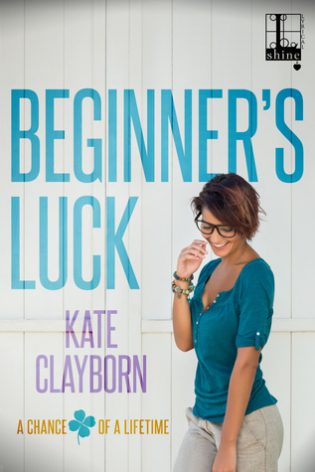 When three friends impulsively buy a lottery ticket, they never suspect the many ways their lives will change—or that for each of them, love will be the biggest win of all.

Kit Averin is anything but a gambler. A scientist with a quiet, steady job at a university, Kit’s focus has always been maintaining the acceptable status quo. A sudden windfall doesn’t change that, with one exception: the fixer-upper she plans to buy, her first and only real home. It’s more than enough to keep her busy, until an unsettlingly handsome, charming, and determined corporate recruiter shows up in her lab—and manages to work his way into her heart . . .

Ben Tucker is surprised to find that the scientist he wants for Beaumont Materials is a young woman—and a beautiful, sharp-witted one at that. Talking her into a big-money position with his firm is harder than he expects, but he’s willing to put in the time, especially when sticking around for the summer gives him a chance to reconnect with his dad. But the longer he stays, the more questions he has about his own future—and who might be in it.

What begins as a chilly rebuff soon heats up into an attraction neither Kit nor Ben can deny—and finding themselves lucky in love might just be priceless . . .