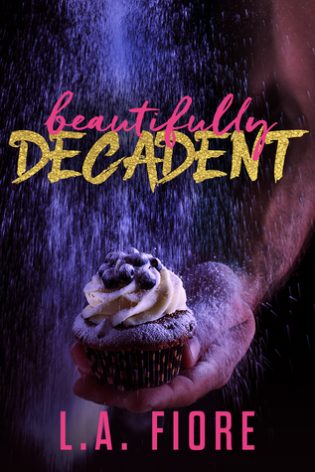 Avery Collins has just landed her dream job, pastry chef for the posh-Manhattan restaurant Clover. Her new boss, Trace Montgomery, even helped with securing her an affordable place to live: a beautifully restored carriage house owned by his friend, Rafe McKenzie—a man that makes her catch her breath and stirs her imagination. Trouble is, he's involved with someone, his father is being released after 25 years in prison and Avery is just his tenant. Exploring the attraction that sizzles whenever they're together would be the icing on the cake, but Avery knows all too well that you can't have everything. Of course, what's cake without icing?

Rafe McKenzie's world shattered at nine when his father Liam—the only parent he knew—was arrested and convicted for armed robbery. Growing up in the system, Rafe managed to survive his childhood and now has a job he enjoys, a house he's restoring and a tight circle of friends. He's even working on reconciling with his dad, both eager to put the past in the past.

Happy for the income a tenant would bring, Rafe agrees to rent his carriage house to Clover's new pastry chef. When Avery Collins pulls up his drive, she's not at all what he's expecting. Funny, sexy and as sweet as her desserts, it doesn't take long for things between them to heat up. Just when it seems as if they'll have their cake and eat it too, the past comes back with deadly intent leaving Rafe to figure out who's pulling the strings before his world shatters again.