Join our newsletter to be the first to hear our latest news! Learn More
Home / Releases / Badd to the Bone by Jasinda Wilder 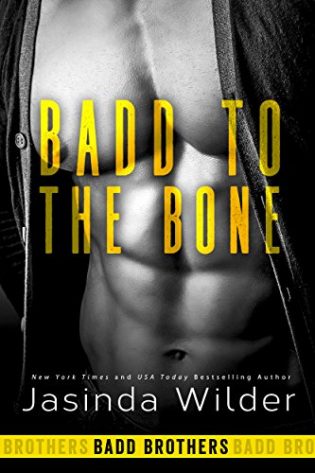 Badd to the Bone
by Jasinda Wilder

Brock Badd is everything except bad. He’s sexy, sweet, strong, and every other good thing I never thought I wanted in a man. I always thought I needed the real bad boys, the ones that screw you senseless and pull your hair and aren’t there to talk about it in the morning.

That was all it took. One night with Brock, and I was hooked. But hooked doesn’t mean ready for a relationship.

That’s what he wants. And deep down, I’m starting to fear that’s what I want too.

I’m just not sure I’m ready for it.

I mean, he’s the literal epitome of tall, dark, and handsome, plus he’s a pilot…with a six-pack and perfect hair and a smile to melt me from the inside out. How’s a girl supposed to resist that? I couldn’t. I can’t. I’ve tried, but I keep going back for more.

I’ve got it bad, real BADD.