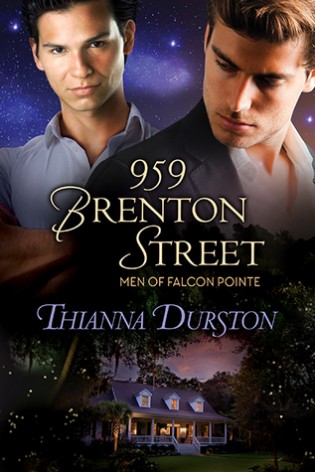 Trent Farnsworth moves to Falcon Pointe to get as far away from his controlling family and religion as he can. While his conservative upbringing makes it hard for Trent to admit he’s gay, he accidentally outs himself in front of his four new roommates. None of the men living at 959 Brenton Street are what the world would consider normal, but all four accept him for who he is. And when Trent falls for his much older landlord, Dr. Cory Venerin, he’s as surprised as anyone, but discovering Cory feels the same makes Trent realize he’s truly in the right place at the right time.

Until he tells his family he’s gay. His father uses any resource at his disposal to destroy him, including Trent’s love for Cory. As his father schemes to send Trent to a hospital whose sole purpose is to rip the gay out of him, Cory battles to save not only Trent—but also the possibility of a future together.