WARNING: This may contain spoilers! There is inevitably information here that will give you a glimpse into events that occur within the series.

If you thought the Grim Reaper was some guy who wore a black robe and carried a scythe, then you’re wrong. First of all, he is a woman and that woman is Charley Davidson. She sees dead people. Charley works as a private investigator but more often than not, she encounters more trouble than meets the human eye.

A fun-filled Urban Fantasy series, Darynda Jones has carved her name into one of our favorite authors here at UTC. With her spunky heroine and sexy-as-hell hero, Reyes, there’s a lot to love in this energetic series filled with mayhem and magic. This series has both the humor and action to keep you up throughout the night and features everything from ghosts to angels and serial killers.

Book 1.5: For I Have Sinned
UTC Review | Goodreads | Amazon

Never knock on death’s door.
Ring the doorbell then run.  He totally hates that.
~ T-shirt

Name: Charley Davidson
Aka: the grim reaper, the Royal Daughter of Light, Duff, Elle-Ryn-Ahleethia, Charlotte Jean Davidson
Age: 27
Family: Niece to Uncle Bob. Mother died when she was born. Her father, Leland, was a former cop turned bar owner. Younger sister of Gemma Davidson. Step-daughter of Denise Davidson. Wife of Reyes. Mother of Beep.
About: Private Investigator. A good sense of humor. She is hardworking, witty, sassy, sarcastic and funny. Loves to punk her best friend, Cookie. Fluent in a lot of languages. She sees dead people. Hyperactive with a short attention span. She remembers everything from the day she was born. Acts as a beacon to the souls of the dead. Has the combined powers of all the former gods of her dimension. Able to sense a person’s guilt or innocence and feel their emotions.
Quirks:  She likes to name things.  Her car is a cherry red Jeep she’s named Misery, her boobs “Danger” and “Will Robinson”, her ovaries “Beam me up” and “Scotty”, her brain “Barbara” and her divan “David Beckham”.
Appearance: Chocolate brown hair and golden eyes.  Has a small tattoo of a grim reaper on her left shoulder blade. 125 lbs and curvy.
Fantasy Cast: Emmy Rossum 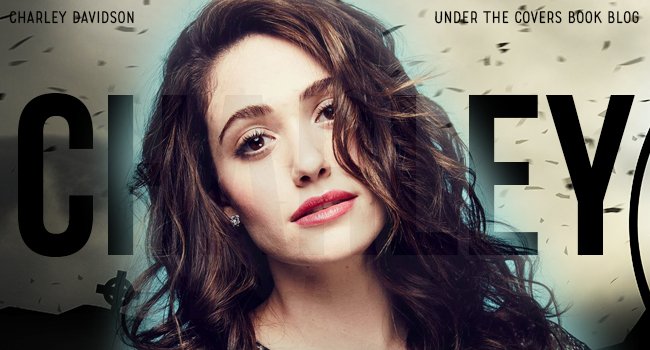 I love children, but I don’t think
I can eat a whole one.
~ Bumper sticker

Name: Reyes Alexander Farrow
Aka: Rey’aziel
Age: about 30 years old
First Appearance in First Grave on the Right
Family: Son of Satan. Born into the human Loehr family but taken just after he was born and sold to pedophile Earl Walker who molested and abused him. Sister is Kim Millar. Also younger brother of the God Jehovah, so is both good and evil. Husband to Charley and father of Beep.
About: Dark and brooding. Bad boy. Totally devoted to Charley. Used to be an old acquaintance of Charley as teens. He likes to visit her in her dreams. Skilled assassin and tracker. Ex-con. Served 10 years in prison for killing Earl Walker.  Former General in Satan’s army. Loves to cook. Super high I.Q..  He educated himself in prison and amassed a large fortune.  Just as Charley is the portal to Heaven, he is the portal to Hell.
Appearance: Drips with sensuality. Forged in the fires of hell, born of sin and degradation.  Unimaginable beauty. Mahogany brown eyes flecked with gold and green. Slightly curly thick hair and coppery skin. Lean but muscular. Wide shoulders. Has a swirling tattoo that opens the gates of Hell.
Fantasy Cast: Fabian Rios 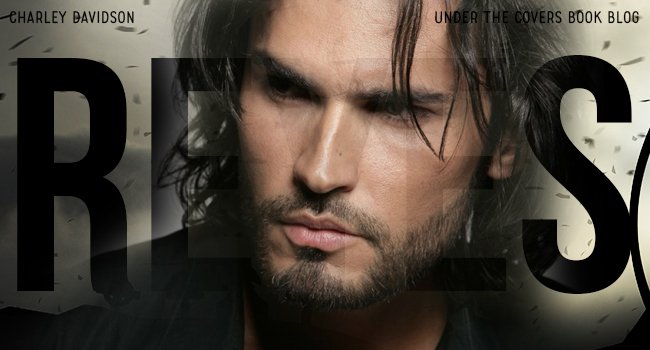 Life isn’t about finding yourself.
It’s mostly about chocolate.
~ T-shirt

Name: Cookie Kowalski
Aka: Cook, Cookie Marie Kowalski Davidson
First Appearance in First Grave on the Right
Age: in mid-thirties
Family: Has a daughter named Amber and married to Ubie. Mother was a Hollywood talent agent who fired her as a client.
About: Best friend to Charley. A reader favorite because of her fun and guileless attitude. She lives across the hall from Charley. Works as a receptionist and researcher. Amazing at tracking down information. Feisty and fun.  Charley and Cookie bonded over the love of coffee.
Appearance: Plus-sized and fashion challenged. Cropped, wiry black hair with blue eyes.
Fantasy Cast:Melissa McCarthy 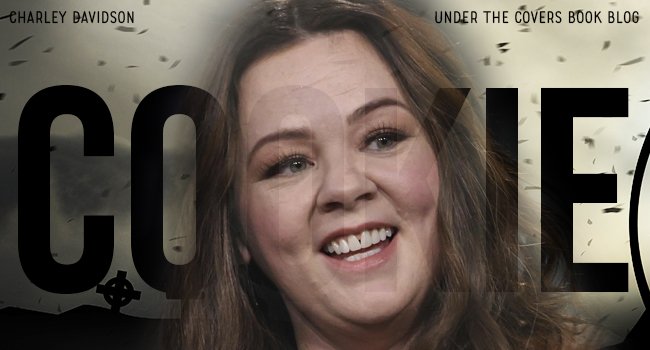 Do not meddle in the affairs of dragons,
for you are crunchy and taste good with ketchup.
~ Bumper sticker 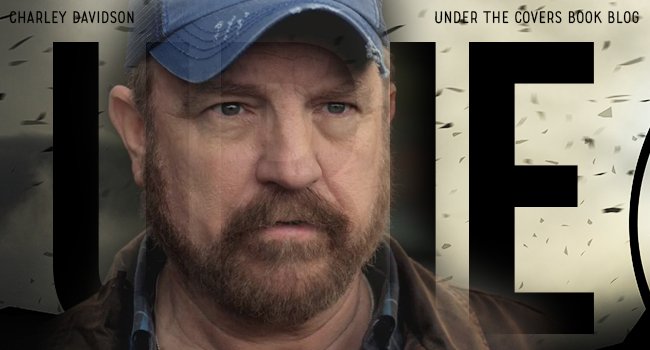 I’m only here to establish an alibi.
~ T-shirt

Name: Garrett Swopes
First Mentioned in First Grave on the Right
Family: Came from a family of grifters and con artists. His great grandmother was famous voodoo priestess Marie Laveau.  Has a sister who inherited supernatural abilities. Father is an engineer of a U.S. company in Colombia who was kidnapped and murdered when he was ten. Has a son named Zaire with former girlfriend Marika.
About: Private investigator. Colleague of Charley. He is a top skip tracer who helps her in cases and now a trusted friend of hers. A skilled bounty hunter and former soldier with a talent for reading people and a great sixth sense. Very confident to the point of being cocky.
Appearance: Great abs with smoky gray eyes. Very handsome with short black hair and chocolate skin.
Fantasy Cast: Michael Ealy 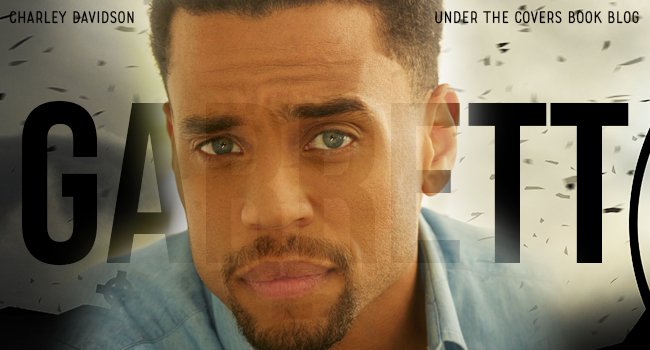 I don’t expect everything to be handed to me.
Just set it down wherever.
~ T-shirt

Name: Osh Villione
Aka: Osh’ekiel, The Dealer, the thirteenth warrior (destined to tip the balance in the war against Lucifer)
First Mentioned in Sixth Grave on the Edge
Age: Centuries old
About: He is a Daeva, a former slave demon who was reborn on earth. The only one to ever escape from Hell.  He is the strongest and fastest, even more so than Reyes. He is charismatic and charming, but very dangerous. He is also one of Beep’s Sentry (guardian).  He feeds off the souls of others and makes a deal with Charley to only feed from evil souls.
Romance: he is fated to fall in love with Beep.
Appearance: Handsome goth. Straight nose and full mouth. Shoulder length black hair. Bronze eyes and perfect skin. Looks nineteen years old but is much older. Has remained in his human form for over 200 years.
Fantasy Cast: Avan Jogia 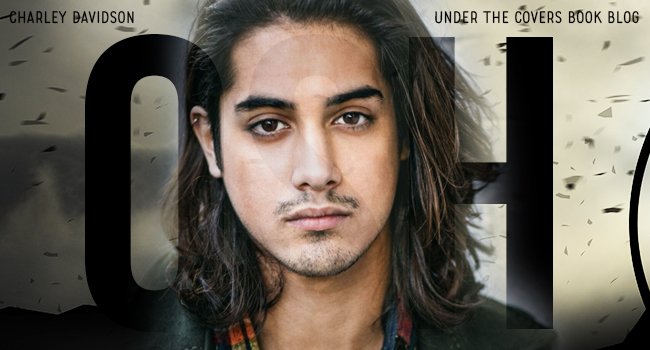 I have a perfect body.
It’s in my trunk.
~ T-shirt

Name: Amber Kowalski
Family: daughter of Cookie, Step daughter of Bob
About: Has psychic ability and able to read tarot cards. Has deep connection to things around her and is able to communicate with Beep just after she is born. Will be a prophet who can see into the future and will be part of Beep’s team. She will open a detective agency with her boyfriend Quentin Rutherford called Q&A Investigations.  She considers Charley her big sister.
Appearance: Exotic look. Very tall and slim with long dark hair and blue eyes
Fantasy Cast: Landry Bender 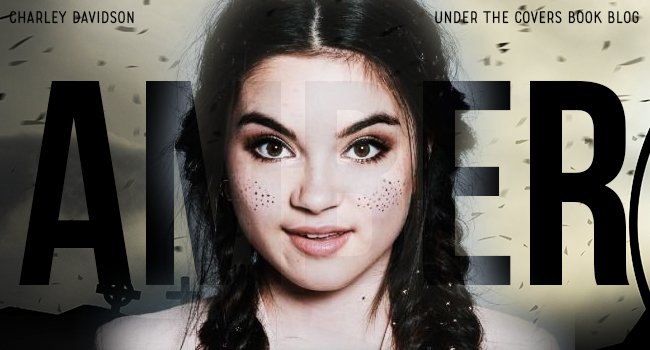 667: The neighbor of the beast.
~ Bumper sticker

Name: Angel Garza
Aka: Juanito Angel Garza
First Mentioned in: First Grave on the Rihght
Age: 13 years old at time of death
Family: Son of Evangeline Garza
About: Tough-talking former gangbanger who lived in a home for unwanted children. Died in a drive-by shooting as he tried to save someone else. He is a teenage ghost and investigator.  He helps out by tailing suspects. Always hits on Charley. They have been together for over ten years. She found him at an abandoned school, scared and alone. Charley met him the same night as Reyes.  Fluent in Spanish. A big momma’s boy.
Appearance: Inky black hair cropped short over his ears. Rich brown eyes. Babyfaced with a big smile. Often seen wearing jeans old, dirty T-shirt and a bandana around his head
Fantasy Cast: Bobby Soto 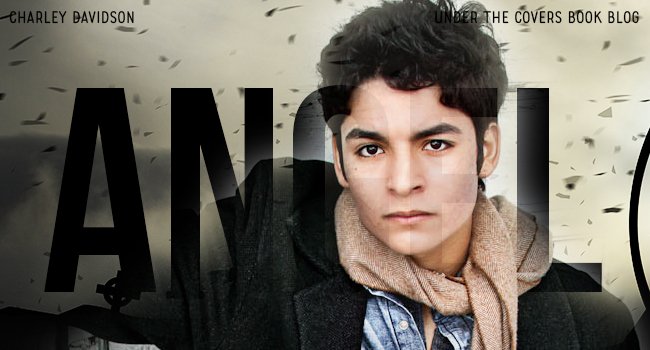 To save time, let’s assume I know everything.
~ T-shirt

Name: Rocket
First Appearance in First Grave on the Right
Age: appears to be in his 40s
Family: his younger sister – Blue – died when she was 5 of pneumonia (in the 1930s).  She’s now a ghost and lives with Rocket at the asylum.
About: He was a mental patient at an asylum.  In life, he was a child during the Great Depression.  He was able to see the dead even before his own death.  Now a ghost still living at the asylum.  His sister Blue Bell knows the names of every one that dies and gives those names to Rocket to carve them on the walls of the asylum.  A savant, innocent and childlike, but hard to keep his attention focused.  He enjoys pretending to scare Charley and gets excited when she mentions names.
Appearance: bald and pudgy with a baby face
Fantasy Cast: Elden Henson (minus the hair!) 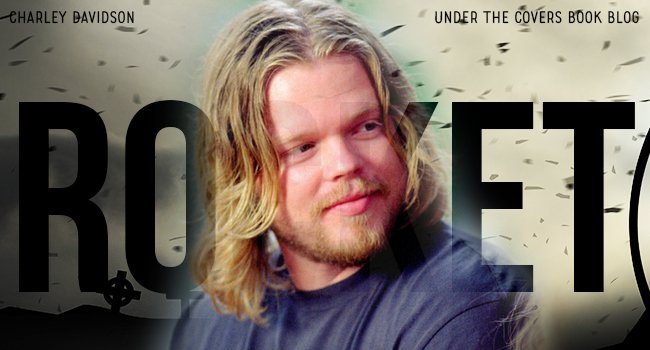