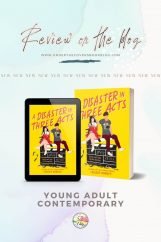 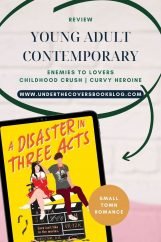 Check out our review of A Disaster in Three Acts by Kelsey Rodkey it’s the young adult contemporary to read if you are in the mood for an enemies to lovers, small town romance.

A Disaster in Three Acts
by Kelsey Rodkey

Side character with cancer

Saine Sinclair knows what makes a story interesting. Having your childhood best friend refuse to kiss you during a game of spin the bottle? Zero stars, would not recommend it. The same ex-friend become your current best friend’s ex? Interestingly complex, unexpected, worth watching. That same ex-friend is your last chance at getting into your dream documentary filmmaking program? Saine would watch that. Working with Holden comes with its own challenges though and Saine takes some liberties in storytelling. But it seems like Holden has different plans for how this story should end.

I appreciated how A Disaster in Three Acts took a unique storyline like a documentary to explore childhood best friends turned enemies turned friends again turned into something more. Also, I had fun reading the banter between Saine and Holden as they reconnected. Absolutely adored Holden’s sister Mara and wished that we would have been able to see more of her. And I appreciated how Rodkey explored grief, teenage awkwardness, and family.

Saine was a character that continuously frustrated me with her choices. At times she was selfish and too caught up in grief to fully realize what she was doing was wrong. I wished that she and Holden had tried communicating better from the get-go, but I get that it’s hard when you have a crush on your best friend. Also, I thought that the friendship with Corrine was challenging as well, it was hard to understand why Saine was so invested in it, but it felt true to how high school relationships can be.

I absolutely hated the scene with Victor at the party, without going into spoilers it just felt out of character for Saine and was an instance of peer pressure that was never addressed. Had it been addressed in some way, I think I would have been able to understand the choice to include it more. I wished that there had been a longer period of growth for Saine, it felt rushed, as though it happened overnight. Unfortunately, I was missing more depth in the plot and characters for this to really shine for me.

This childhood best friends to enemies to lovers was full of good banter and interesting choices.

AMAZON
bookshop
LIBRO.FM
APPLE
You May Also Like
25+ Books to Fall in Love with by Latinx Authors
New Horror Books to Scare You This Spooky Season
The Travis Family by Lisa Kleypas – Heartfelt and Sexy – Books in Order 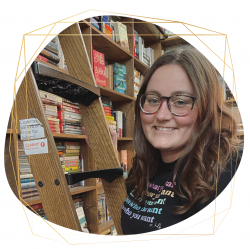 Izzy
I'm a 20-something anxious, developmental genetics research scientist with imposter syndrome that frequently listens to sad songs when I'm already sad. I've been a voracious reader for my whole life, preferring to spend my free time with my nose stuck in a book. I read mostly romance with a dash of YA, thrillers, and fantasy thrown in. Enemies-to-lovers and slow-burn romances full of steam are what I'm most often drawn to, but I can get behind a good closed-door romance. Even now, I'd rather spend my free time curled up with a fuzzy blanket and a good book. I'm excited and honored to be joining Under the Covers as a guest reviewer and sharing my love of books.

Latest posts by Izzy (see all) 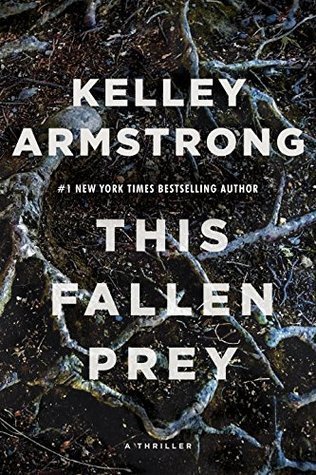 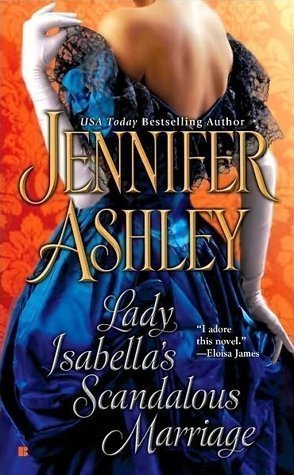 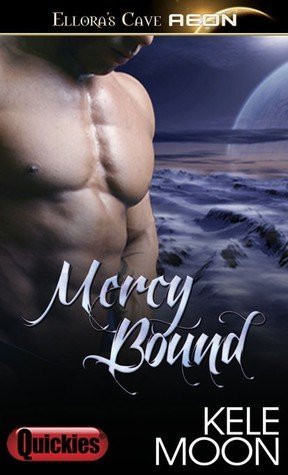 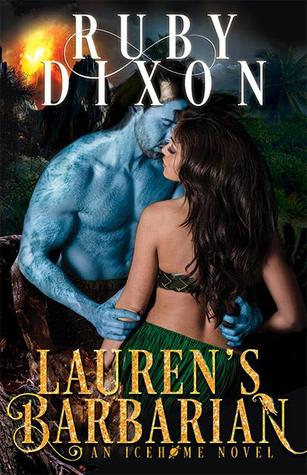 Thanks for the review,