Go Tell the Bees That I Am Gone
by Diana Gabaldon

Jamie Fraser and Claire Randall were torn apart by the Jacobite Rising in 1746, and it took them twenty years to find each other again. Now the American Revolution threatens to do the same.

It is 1779 and Claire and Jamie are at last reunited with their daughter, Brianna, her husband, Roger, and their children on Fraser’s Ridge. Having the family together is a dream the Frasers had thought impossible.

Yet even in the North Carolina backcountry, the effects of war are being felt. Tensions in the Colonies are great and local feelings run hot enough to boil Hell’s teakettle. Jamie knows loyalties among his tenants are split and it won’t be long until the war is on his doorstep.

Brianna and Roger have their own worry: that the dangers that provoked their escape from the twentieth century might catch up to them. Sometimes they question whether risking the perils of the 1700s—among them disease, starvation, and an impending war—was indeed the safer choice for their family.

Not so far away, young William Ransom is still coming to terms with the discovery of his true father’s identity—and thus his own—and Lord John Grey has reconciliations to make, and dangers to meet . . . on his son’s behalf, and his own.

Meanwhile, the Revolutionary War creeps ever closer to Fraser’s Ridge. And with the family finally together, Jamie and Claire have more at stake than ever before. The Becoming
by Nora Roberts

The world of magick and the world of man have long been estranged from one another. But some can walk between the two--including Breen Siobhan Kelly. She has just returned to Talamh, with her friend, Marco, who's dazzled and disoriented by this realm--a place filled with dragons and faeries and mermaids (but no WiFi, to his chagrin). In Talamh, Breen is not the ordinary young schoolteacher he knew her as. Here she is learning to embrace the powers of her true identity. Marco is welcomed kindly by her people--and by Keegan, leader of the Fey. Keegan has trained Breen as a warrior, and his yearning for her has grown along with his admiration of her strength and skills.

But one member of Breen's bloodline is not there to embrace her. Her grandfather, the outcast god Odran, plots to destroy Talamh--and now all must unite to defeat his dark forces. There will be losses and sorrows, betrayal and bloodshed. But through it, Breen Siobhan Kelly will take the next step on the journey to becoming all that she was born to be. An uneasy alliance between warring families gets heated in this otherworldly novella from bestselling author Ilona Andrews.

At first glance, the planet Rada seems like a lush paradise. But the ruling families, all boasting genetically enhanced abilities, are in constant competition for power―and none more so than the Adlers and the Baenas. For generations, the powerful families have pushed and pulled each other in a dance for dominance.

Until a catastrophic betrayal from within changes everything.

Now, deadly, disciplined, and solitary leaders Ramona Adler and Matias Baena must put aside their enmity and work together in secret to prevent sinister forces from exploiting universe-altering technology. Expecting to suffer through their uneasy alliance, Ramona and Matias instead discover that they understand each other as no one in their families can―and that their combined skills may eclipse the risks of their forbidden alliance.

As the two warriors risk their lives to save their families, they must decide whether to resist or embrace the passion simmering between them. For now, the dance between their families continues―but just one misstep could spell the end of them both. My name is Amethyst DeMille and I’m in love with a vampire.
Sounds complicated, doesn’t it?
Yet the fact that he’s a sexy, centuries-old blood-drinking vampire isn’t what makes our relationship complicated.
It’s because we live in the same house together, work at the same exclusive club together, and he happens to be my best friend with absolutely no idea how I feel about him.
I mean, sure he’s probably seen me give him heart eyes more than once. Wolf is not only a deadly, charismatic vampire with great persuasion skills, he also happens to be built like a Nordic God, all solid muscle and chiseled bone structure and haunting eyes that I sometimes think tell me more than he wants me to know. He’s the type of guy most women find themselves falling for (and not just because they might end up his next meal).
But despite the simmering sexual tension and yearning between us, I know there’s no way I’ll ever be able to tell him how I feel. After all, I’m a human and he’s a vampire and he’s told me more than once that those love stories never end well.
Too bad my heart doesn’t know the difference.

***
Nightwolf is a contemporary vampire romance with a friends-to-lovers twist.
This book is a spinoff of The Dark Eyes Duet, featuring Wolf & Amethyst, but can be read as a total standalone. However, if you are reading it as a series, The Dark Eyes Duet (Black Sunshine and The Blood is Love) should be read first. 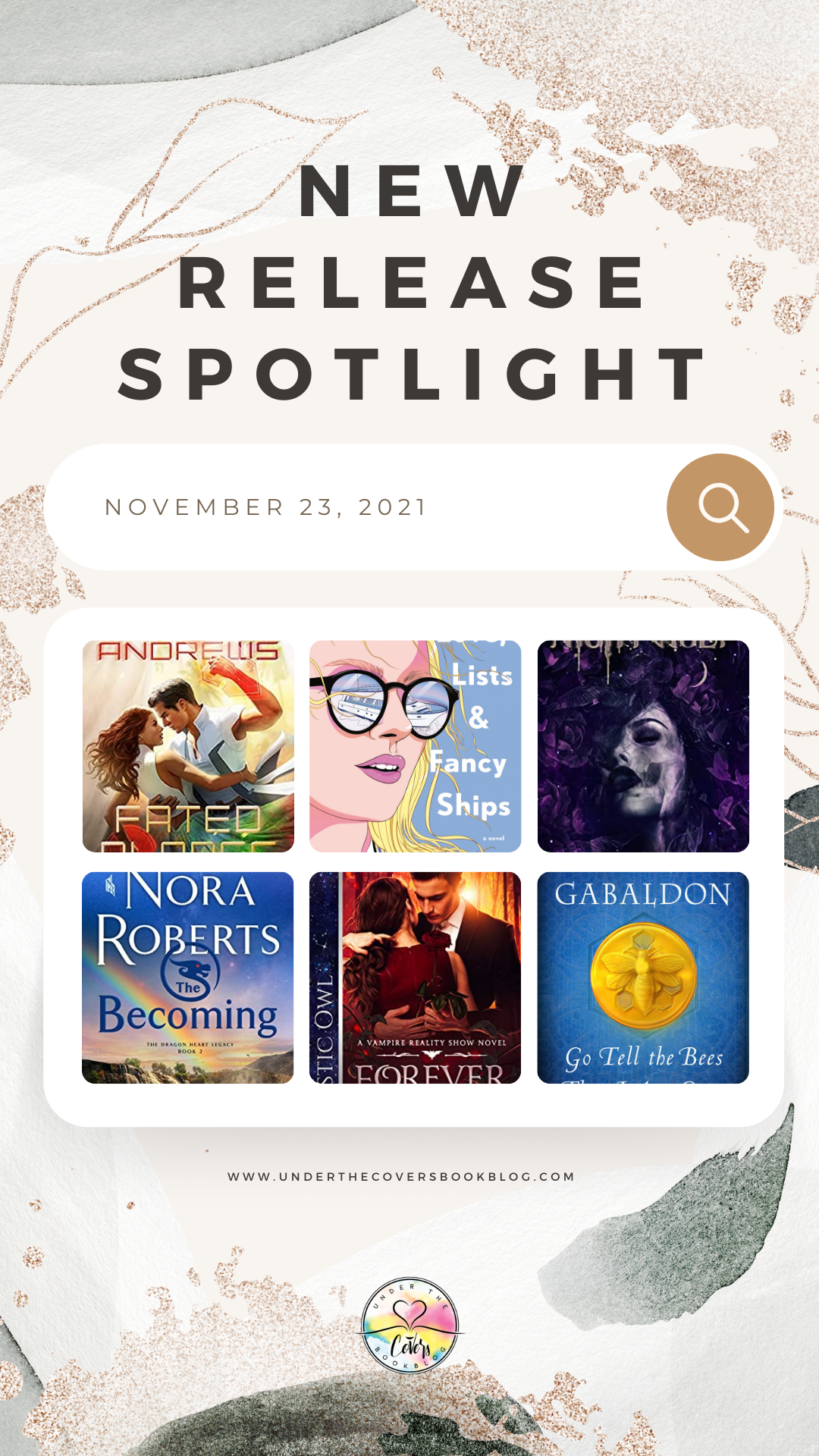 I listened to the new Nora Roberts book on release day.