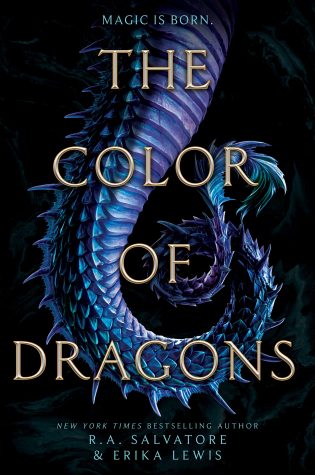 The Color of Dragons
by R.A. Salvatore, Erika Lewis

“Dragons, kingdoms, magic, strife, danger, it really has a little bit of everything.”

Starting off slow with an interesting setting, the book picked up the pace and kept me completely hooked from start till finish. It’s an interesting world where draignochs, similar to dragons, ravaged the land in the past and today are fearsome creatures that are killed for sport.

This is a dual point of view book, were we follow Maggie & Griffin. Both with similar backgrounds but extremely different circumstances today, from the beginning it’s clear that something will connect them together.

What I loved the most was the world and its plot. We follow Maggie as she discovers not only her dormant powers, but also who she is and about her past. Living with Xavier, an eccentric man who took her in when she was little and who has searched all his life for real magic. In the meantime, he performs magic tricks and Maggie is his trusted assistant on the state. Travelling together on the road she hides from the King’s soldiers. She then stumbles upon a massive cage with a draignoch being taken by the king’s men to the capital, and she immediately forms a bond with it. This marks the beginning of a dangerous adventure, as both Xavier & Maggie travel to the capital with the crown prince to perform magic in front of the king.

The court intrigue and the different characters we meet there are interesting enough, the most exciting ones being Jari the crown prince and Griffin the champion of the king. I really enjoyed getting to know each a bit more and the dual point of view between Griffin and Maggie was great!

However, I did not enjoy as much how the connections between characters came to be: at times it felt a bit rushed. Time loses meaning and it seems that in a blink of an eye, we all care about each other. I would have liked more situations and experiences that could bond our main characters together a bit more.

And finally, I would have liked to have had more development towards the end. Everything was resolved in the last ten percent of the book, which felt a bit anticlimactic after so many pages of complications and issues. Tying everything off with a nice little bow in just a few chapters. All that angst and stress for a quick resolutions is sometimes not what we need.

But, apart from this, I actually enjoyed this book a lot. The world is interesting and you read at a relatively quick pace. Dragons, kingdoms, magic, strife, danger, it really has a little bit of everything. 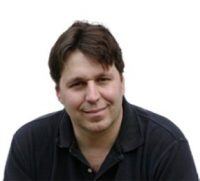 As one of the fantasy genre's most successful authors, R.A. Salvatore enjoys an ever-expanding and tremendously loyal following.

His books regularly appear on The New York Times best-seller lists and have sold more than 30,000,000 copies. Salvatore’s most recent original hardcover, The Two Swords, Book III of The Hunter’s Blade Trilogy (October 2004) debuted at # 1 on The Wall Street Journal best-seller list and at # 4 on The New York Times best-seller list. His books have been translated into numerous foreign languages including German, Italian, Finnish, Greek, Hungarian, Turkish, Croatian, Bulgarian, Yiddish, Spanish, Russian, Polish, Czech, and French.

Salvatore's first published novel, The Crystal Shard from TSR in 1988, became the first volume of the acclaimed Icewind Dale Trilogy and introduced an enormously popular character, the dark elf Drizzt Do'Urden. Since that time, Salvatore has published numerous novels for each of his signature multi-volume series including The Dark Elf Trilogy, Paths of Darkness, The Hunter's Blades Trilogy, and The Cleric Quintet.

His love affair with fantasy, and with literature in general, began during his sophomore year of college when he was given a copy of J.R.R. Tolkien's The Lord of the Rings as a Christmas gift. He promptly changed his major from computer science to journalism. He received a Bachelor of Science Degree in Communications from Fitchburg State College in 1981, then returned for the degree he always cherished, the Bachelor of Arts in English. He began writing seriously in 1982, penning the manuscript that would become Echoes of the Fourth Magic. Salvatore held many jobs during those first years as a writer, finally settling in (much to our delight) to write full time in 1990.

The R.A. Salvatore Collection has been established at his alma mater, Fitchburg State College in Fitchburg, Massachusetts, containing the writer's letters, manuscripts, and other professional papers. He is in good company, as The Salvatore Collection is situated alongside The Robert Cormier Library, which celebrates the writing career of the co-alum and esteemed author of young adult books.

Salvatore is an active member of his community and is on the board of trustees at the local library in Leominster, Massachusetts. He has participated in several American Library Association regional conferences, giving talks on themes including "Adventure fantasy" and "Why young adults read fantasy." Salvatore himself enjoys a broad range of literary writers including James Joyce, Mark Twain, Geoffrey Chaucer, Shakespeare, Dante, and Sartre. He counts among his favorite genre literary influences Ian Fleming, Arthur Conan Doyle, Fritz Leiber, and of course, J.R.R. Tolkien.

Born in 1959, Salvatore is a native of Massachusetts and resides there with his wife Diane, and their three children, Bryan, Geno, and Caitlin. The family pets include three Japanese Chins, Oliver, Artemis and Ivan, and four cats including Guenhwyvar.

When he isn't writing, Salvatore chases after his three Japanese Chins, takes long walks, hits the gym, and coaches/plays on a fun-league softball team that includes most of his family. His gaming group still meets on Sundays to play.

Erika Lewis grew up in Alexandria, Virginia, spent summers with her grandparents in Worcester, Massachusetts, and currently lives in Los Angeles, California. With a passion for storytelling set in magical places, she spends as much time as she can traveling. When she’s not writing, she can generally be found scribbling notes in a blank book while wandering through abandoned buildings, all kinds of museums, and graveyards.

A graduate of Vanderbilt University, her list of credits straddles the comics and novel space, including Game of Shadows from Macmillan’s Tor Books, Firebrand and Acursian from Legendary Comics, #Guardian from Awesome Media & Entertainment, and The 49th Key from Heavy Metal Publishing. The Color of Dragons is her debut YA, coming from HarperTeen October 19th, 2021, and Kelcie Murphy and The Academy for the Unbreakable Arts is her middle grade debut coming from Starscape/Macmillan March 1st, 2022. 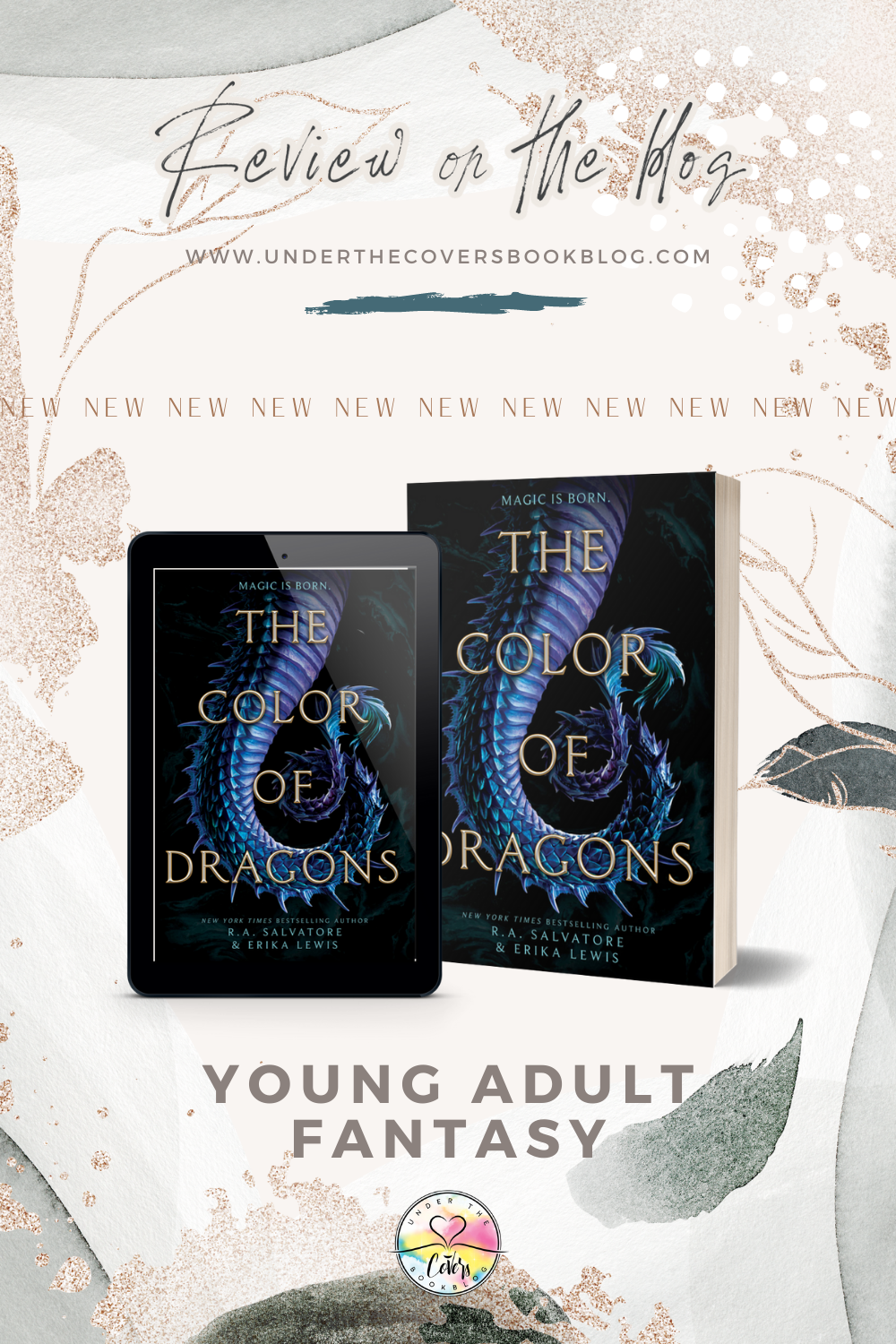 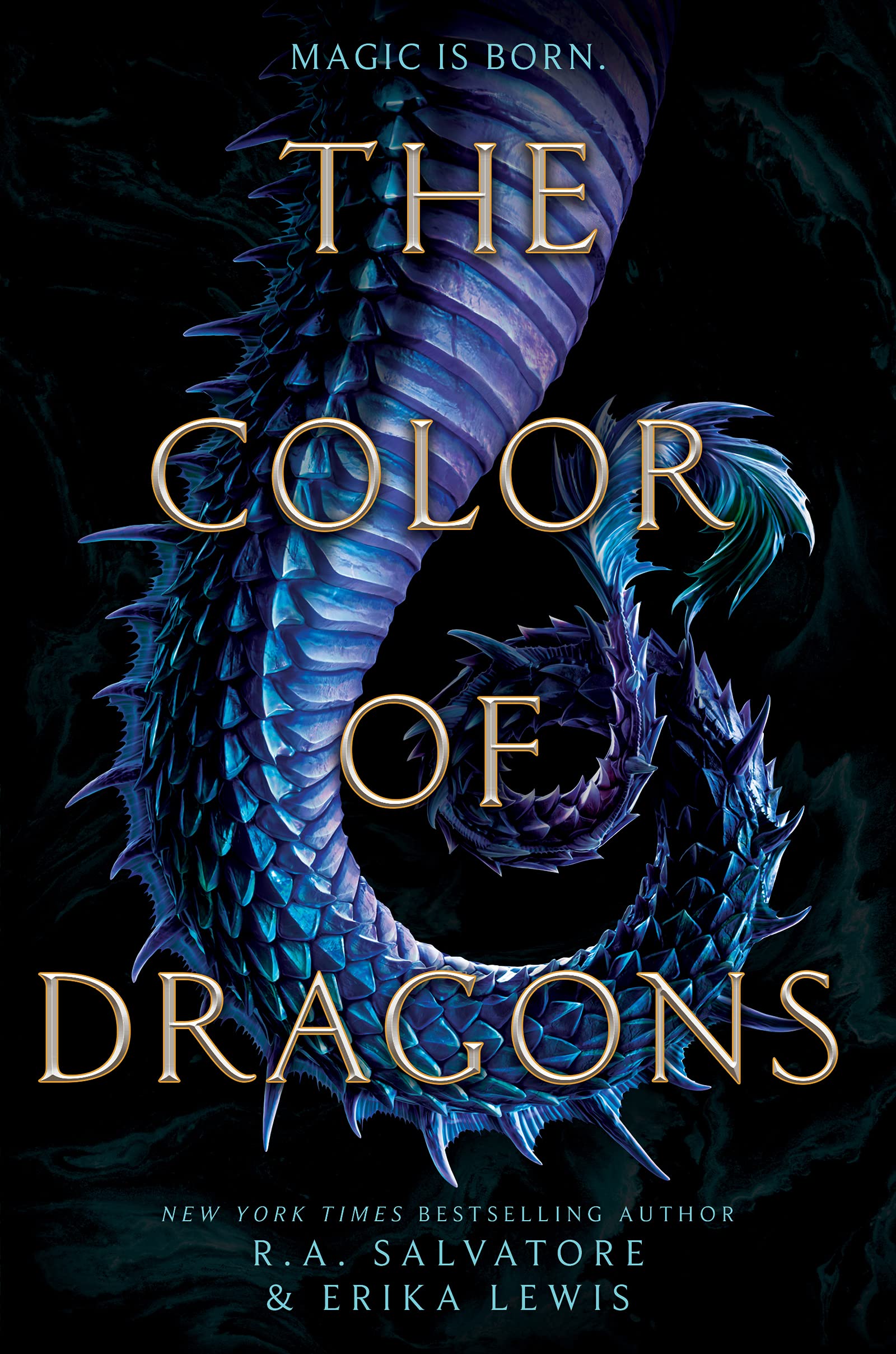 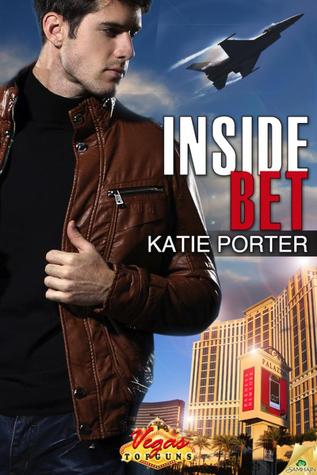 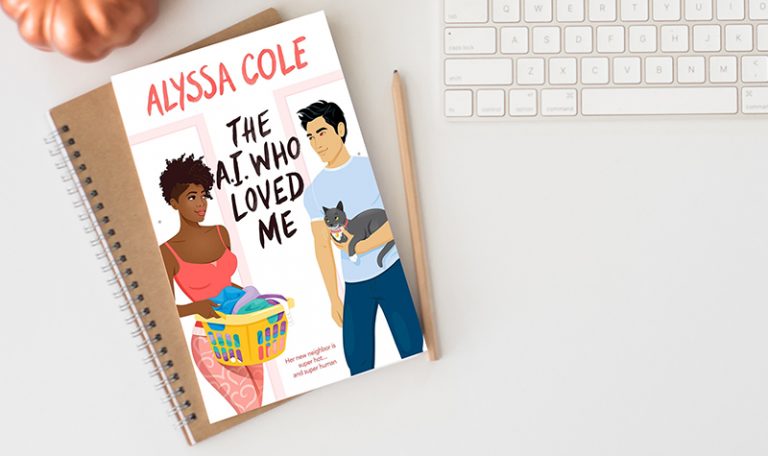 Interesting to learn more about R A Salvatore.
Thanks for the review.

I am trying to understand how to pronounce “draignoch” It appears to be a form of Gaelic but whether it’s Irish, scotts, or Welsh I’m not sure I want to pronounce it as in the Irish but I’m not quite sure.