Join our newsletter to be the first to hear our latest news! Learn More
Home / Reviews / ARC Review: Donut Fall in Love by Jackie Lau 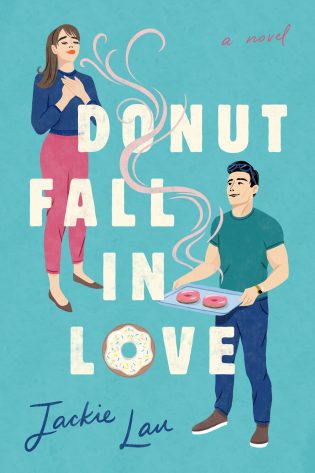 “The rising Hollywood star and the gourmet baker were perfect on the page, made even better by their faults and insecurities.”

In this new, food-based romance from Jackie Lau, Ryan Kwok and Linsay McLeod absolutely do not run in the same circles – in fact, there’s no reason for them to ever cross paths. But in a meet cute worthy of Ryan’s latest Hollywood movie, Ryan and Lindsay not only meet but end up being the perfect person at the perfect time.

Ryan Kwok wanted to take a step back from the spotlight. He had recently lost his mother, and now his latest movie wasn’t getting stellar reviews. A flop could mean years of recovery for Asian actors in North America, and if that weight wasn’t heavy enough, his abs are also trending on social media. So, no pressure. Retreating back home to Toronto to be with his father and sister seemed the best course of action. Once home, Ryan runs into bakery owner Lindsay – literally. Lindsay is everything Ryan is not: she keeps her life private, and lives for the cakes and donuts she makes everyday. But despite not getting off on the right foot, Ryan could use Lindsay’s help. And if all the help and time spent together leads to other things, neither Ryan nor Lindsay will complain…

I found a lot to love about Donut Fall in Love. While I adore a great meet cute, the romance in this novel was almost overshadowed by the representation – which was perfect for Ryan and Lindsay’s story. Not only are all the major characters in this story Asian (mostly East Asian, but also some South Asian) or biracial, but Lau does not shy away from what it means to be Asian in a predominantly white space, like Toronto or Hollywood movies. Through her characters, Lau beautifully addressed issues like the lack of Asian representation in entertainment, the problematic pattern of minorities being asked questions about themselves and their culture that white people would never be asked, and the feelings of displacement and self-hatred that Asian Americans (or, in this case, Asian Canadians) too often feel. I feel that many romance authors of Asian descent keep the romance and character identity at the forefront of the narrative, but Lau does a fantastic job at interweaving the romance, character identity, and cultural stigmas and issues that come with having that identity. On the surface, Ryan and Lindsay’s story is a steamy romance; at its heart, their story is a true commentary on what it means to be part of the Asian minority. Lau seamlessly worked these problematic situations into the narrative without detracting from the romantic plot or making the story any less palatable for a larger audience (i.e. she brought attention to Asian American/Canadian issues in a way that won’t make a white reader uncomfortable). I applaud Lau for the way she handled a lot of tough topics. And, of course, no romance would be complete without some drama and rough patches, and Lau did not disappoint in that area either.

Ryan and Lindsay were wonderful conduits for a whole host of topics: loss and trauma and feeling lost, but also new life, moving on and finding love. The rising Hollywood star and the gourmet baker were perfect on the page, made even better by their faults and insecurities. I really liked Ryan and Lindsay as a romantic couple, but I loved them for all the cultural and racial issues they gave voice to along the way. 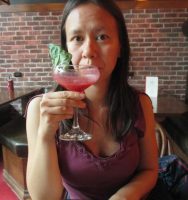 Jackie Lau decided she wanted to be a writer when she was in grade two, sometime between writing “The Heart That Got Lost” and “The Land of Shapes.” She later studied engineering and worked as a geophysicist before turning to writing romance novels.

Jackie lives in Toronto with her husband, and despite living in Canada her whole life, she hates winter. When she’s not writing, she enjoys cooking, hiking, eating too much gelato, and reading on the balcony when it’s raining.

Thank you for your review…I’m kind of over the “baker” trope but this does sound good.