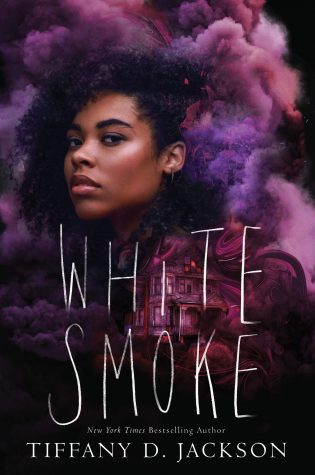 “White Smoke blends horror, gentrification, newfound crushes and family in such a seamless and remarkable way.”

Tiffany D Jackson is known for her “ripped from the headlines” YA books. They’re fast spaced, thought provoking and witty and White Smoke is no different.

White Smoke blends horror, gentrification, newfound crushes and family in such a seamless and remarkable way. This is the type of story that makes me love horror when it showcases a deeper unease that’s a little harder to pinpoint than a scary clown. Don’t let that fact deter you because White Smoke has deeply unsettling moments that get even creepier as the book progresses. This hits on every classic haunted house story trope so buckle up and get ready to wonder if it’s just your house settling or is someone there with you. Enjoy this with your favorite warm drink and a nightlight during the spooky season.

Marigold is adjusting to life in a new city after an unfortunate mishap that Jackson unravels for you as the story goes along. She’s a part of a newly blended family and doesn’t always see eye to eye with Alec or his daughter Piper. Her brother Sammy offers a nice comedic relief element and sense of reason when things get too serious or tense in the book. My least favorite character was Alec and I’m not sure if that was because he was purposely written to be kind of oblivious.

I loved the smaller scenes that Mari had that made me realize I was reading about a POC, from the routine and ritual of Sunday wash day and even the small question that’s asked when moving to a new city, “who is going to braid my hair?” The book at its heart is about a neighborhood that’s being revamped into something “nicer”. What does “nicer” mean though? Should it be just tearing down a city and rebuilding or actually just renovating or adding more community centers to help?

I absolutely adored being in Mari’s head while she deals with anxiety of her past and with bedbugs. I find it’s a little rare to find teen girls being absolutely messy and to have her be Black is perfect. Jackson is able to make Mari relatable and knocks out the idea that Black girls have to be a Strong voice of reason and allows her the space to just be Mari. Mari has several grounding methods and really sticks up for herself that many adults can find hard to do as well. I learned so much about bedbugs with this book. I’m ready to rip up all the carpet in my home.

While there’s a slightly blossoming love story between Marigold and Yusef, it’s not the focus and it’s really Mari’s story of forgiveness and healing. Jackson really tackles a lot of the big emotions and scary feelings that come along with being a teen, moving to a new city, anxiety, and having a disastrous mistake seem to haunt you and the will to overcome. I’d for sure say let the teen in your life read this, they’re dealing with more than you think.

Don’t think you’re just getting a classic haunted house story, you’re getting so much more. Where do the people go after you’ve pushed them out of their own neighborhoods? This might be Jackson’s first foray into Horror but I certainly hope it isn’t her last.

Tiffany D. Jackson is the NYT Bestselling, award winning author of YA novels Monday’s Not Coming, Allegedly, Let Me Hear A Rhyme, Grown, White Smoke, Santa in The City and co-author of Blackout. Coretta Scott King — John Steptoe New Talent Award-winner and the NAACP Image Award-nominee, she received her bachelor of arts in film from Howard University, and has over a decade in TV/Film experience. The Brooklyn native is currently residing in the borough she loves, most likely multitasking. 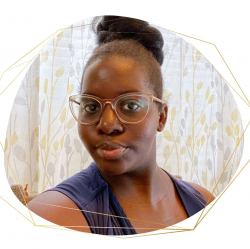 Amber
I’m a 30 something single mom who fell in love with Romance during the pandemic. I’m from the Lonestar state and enjoy sunny days in the backyard with a sweet tea. I graduated with a BA in English so now look to make up the time by reading as many fun/escapist books as possible.
I enjoy reading SFF romance (the more wild the better) but have also fallen for historical and romantic suspense.

This sounds amazing! Thank you for the review.