Join our newsletter to be the first to hear our latest news! Learn More
Home / Reviews / ARC Review: All These Bodies by Kendare Blake 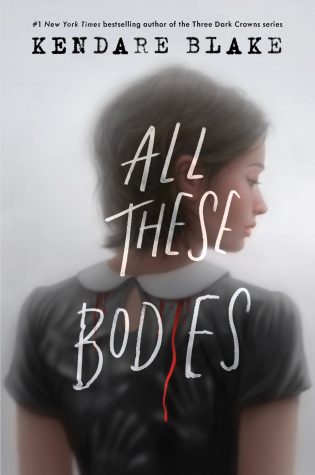 All These Bodies
by Kendare Blake

“All These Bodies definitely pulled me in, but very much left me wanting more.”

Seventeen year old Michael Jensen was captivated by the so-called Bloodless Murders that swept across the Midwest in the late 1950s. Being the son of the local sheriff with a personal interest in journalism only made his curiosity that much greater. But he wasn’t ready for the trail to lead to his small town of Black Deer Falls, Minnesota when his classmate Steve and Steve’s parents were murdered. And after meeting Marie, the teenage girl found covered in blood at the crime scene, Michael would never be the same. Handpicked by Marie to interview her and take down her story, young Michael ends up in the middle of the nation’s biggest murder trial. But the more he hears, the harder it is to believe Marie’s story and the harder it is for everyone else to believe him. An odd mixture of murder mystery and paranormal, All These Bodies was an interesting read but one that left me scratching my head.

I loved the premise of All These Bodies – unsolved murders across the Midwest, with no clues to the murderer until a girl is left at the crime scene. Did she murder all these people, draining them of their blood? Did she have an accomplice? If so, who was it – and more importantly, was he a vampire? Unfortunately, the reader doesn’t really get answers to any of those questions, the very questions the plot sets readers up to ask. I loved the true crime elements of this story, the questions of how and why. The premise that all these bodies were found drained of blood but none of the blood was found at the crime scene was very intriguing. I desperately wanted to know how these murders happened. But the story didn’t truly touch on any semblance of an answer. Characters hinted at the murderer being a vampire, but then the same characters later debunked their own theories. After finishing the story, I’m a bit confused and I have no idea if I’m supposed to believe it was vampires or not. I’m not even sure if I’m supposed to believe that Marie was innocent in any of it or if she even had an accomplice. All These Bodies left me with a lot of unanswered questions, and it’s a bit irksome to not have a clear picture of what truly happened. Marie could have been an innocent girl forced to do bad things (maybe forced by a vampire), or she could have been a cold-hearted murderer taking the narrator along for a ride. The ending, unfortunately, doesn’t tell me much either way.

Blake’s writing did pull me in, and I loved the overall premise. But for me, Michael, the narrator, was too unreliable when I’m not sure that was the intention. I cared less for the narrator’s story, which I presume was meant to be the focus, and more for the truth of Marie’s story. By the end, I had no clear answers regarding the murders or Marie. All These Bodies straddled a line between mystery and paranormal, but did not provide enough of either to give any sense of resolution. All These Bodies definitely pulled me in, but very much left me wanting more.

Kendare Blake is the author of several novels and short stories, most of which you can find information about via the links above. Her work is sort of dark, always violent, and features passages describing food from when she writes while hungry. She was born in July (for those of you doing book reports) in Seoul, South Korea, but doesn’t speak a lick of Korean, as she was packed off at a very early age to her adoptive parents in the United States. That might be just an excuse, though, as she is pretty bad at learning foreign languages. She enjoys the work of Milan Kundera, Caitlin R Kiernan, Bret Easton Ellis, and Richard Linklater. 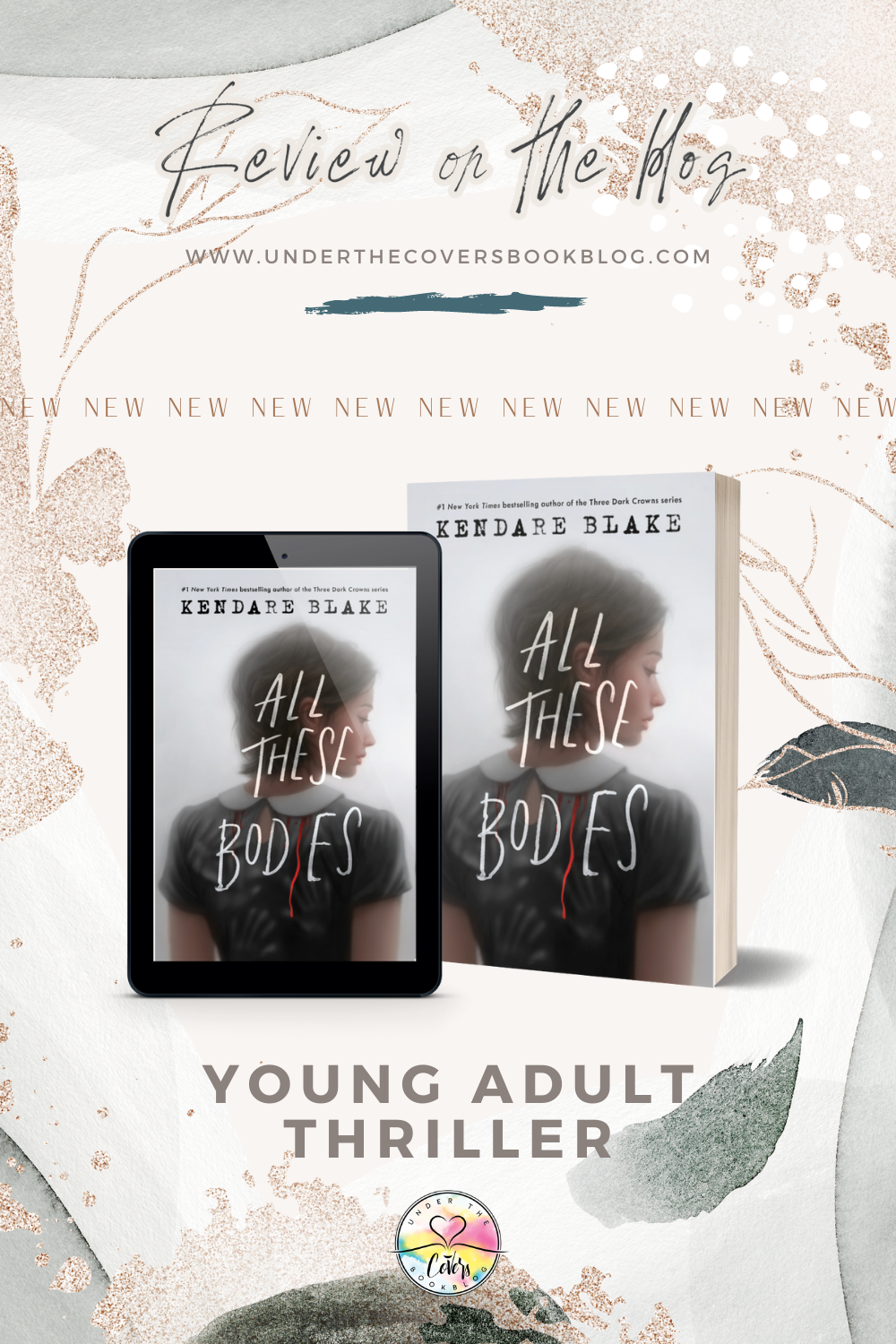 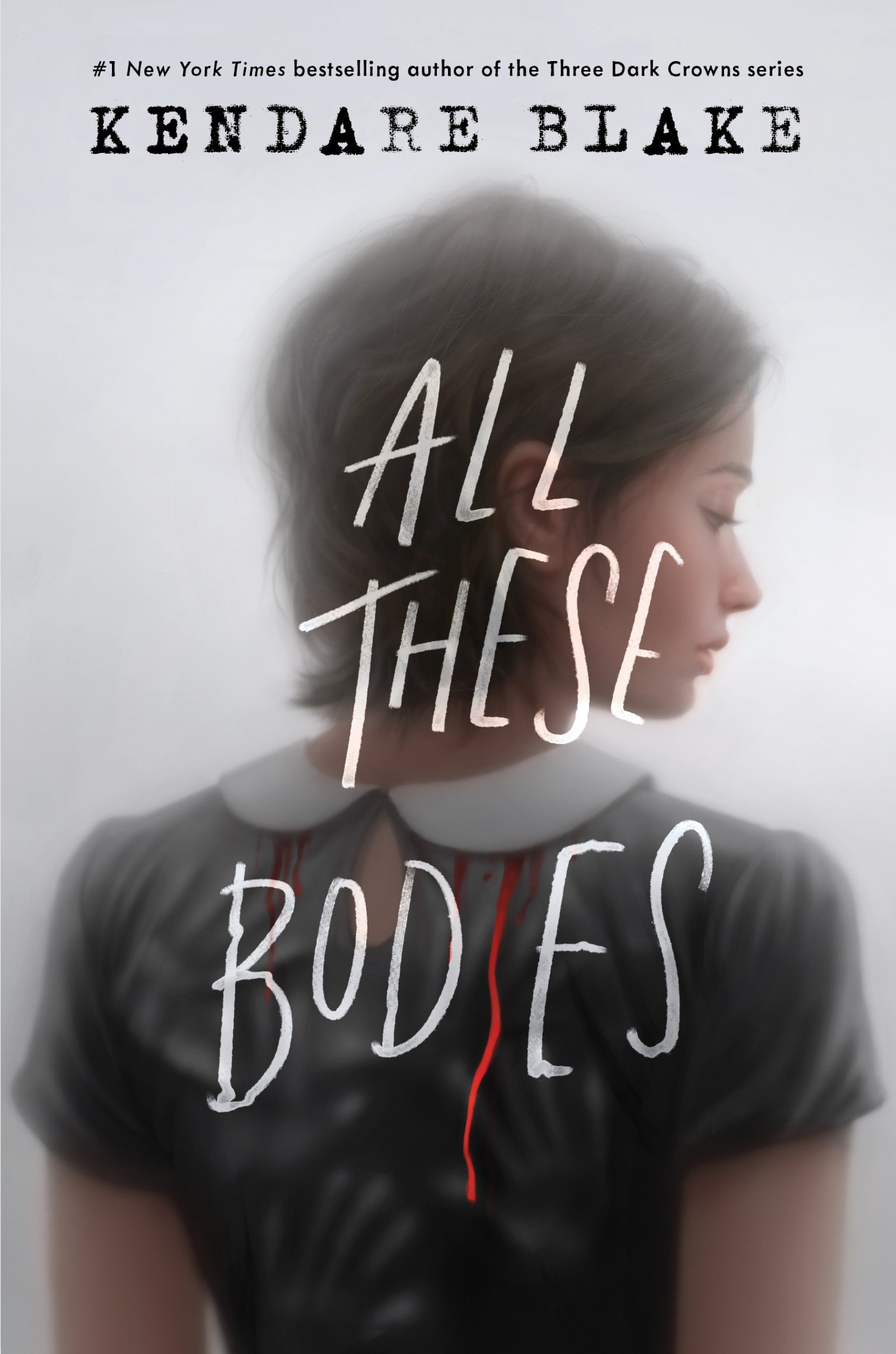